The wetland is listed under the Ramsar Convention as a site of international importance, containing around 60 percent of saltmarsh and 40 percent of mangrove communities in the entire Sydney region.

It provides critical roosting and feeding habitat for a high volume of migratory shorebird species including the endangered Eastern Curlew and Little Tern. 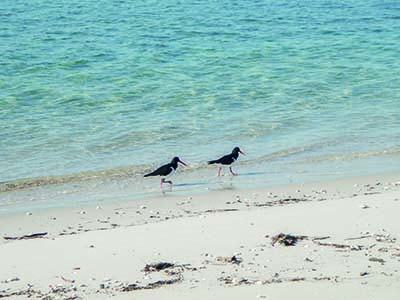 The funding, awarded to Greater Sydney Local Land Services, is being used to reduce the impact of various threats to the site including human disturbance, weed infestations, feral animals, habitat loss and more.

“This is a hugely significant investment that reflects the importance and value of the site itself”
- Paul Bennett, Land Services Manager, Greater Sydney.