Our CEO and Board Chair 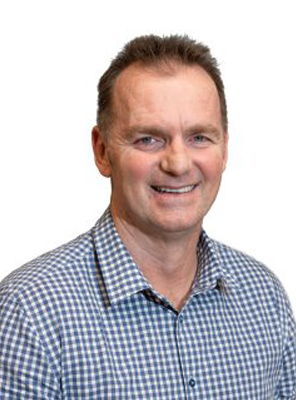 Steve commenced in his current role as Chief Executive Officer of Local Lands Services in early 2022, where he leads over 1000 staff members who work alongside landowners, helping to secure the future of agriculture and the environment for NSW communities.

Steve was previously responsible for overseeing the Regional NSW corporate functions which include People, Finance, ICT, Legal and Governance. Prior to this Steve was responsible for the Regional Coordination and Regional Development functions within the former Department of Planning, Industry and Environment (DPIE) which also included a significant role in the economic recovery efforts surrounding bushfires and the response to drought focusing on small communities, young people and businesses.

Steve has also held roles as the Deputy Chief Executive of the Office of Local Government and the Chief Executive of the NSW Livestock Health and Pest Authorities. In 2018/19 he participated in the nine month Leadership Academy for senior executives run by the Public Service Commission, Steve holds a Master of Business Administration from Deakin University, Bachelor or Applied Science with Honours from the University of Western Sydney, and is a graduate of the Australian Institute of Company Directors. Steve lives in Berry on the south coast with his wife Leanne, sons Sam and Patrick and daughter Rachael and is mastering the art of growing his own vegetables. The Local Land Services Board is a dedicated team who work to better the lives of NSW landholders and farmers through decision making, objectives and responsibilities.

Allison Harker, a partner in a mixed farming business at Yass, was appointed as the Local Land Services Board Chair in April 2022.

Allison was previously the Acting Chair of Local Land Services, Chair of the South East Local Land Services Board and has a background in investment banking, agriculture and government. Allison is heavily involved in her local community and has chaired several boards and committees.

Governance is a set of responsibilities, practices, policies and procedures set by the Local Land Services Board to:...

Update from the General Manager

January/February 2020The last few months have been an extremely distressing time for the vast majority of ...