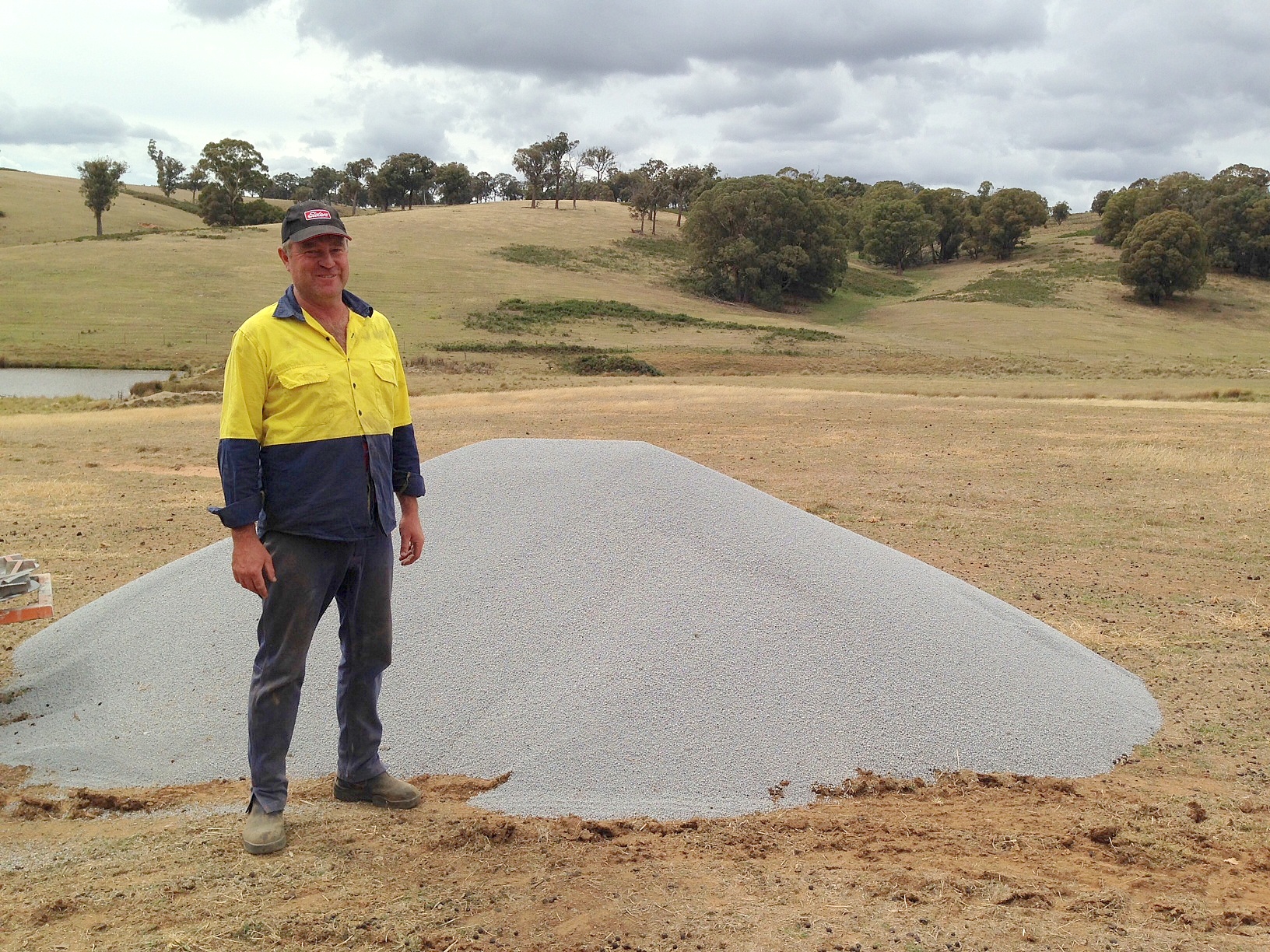 Soils: Quartz based, pH 4.0 (unlimed) with increasing Al to depth

Background: This on-farm demonstration began in January 2015. Shannon Arnall had purchased a new block of ‘native’ country that hadn’t received  fertiliser for over 13 years and was keen to increase profitability from the existing pasture in the most cost-effective way. A simple nutrient trial showed that phosphorus (P) was the major nutrient limiting pasture  growth. This was not surprising given the history of the paddock, however the question then became: does it still pay to put fertiliser out in a wool operation?

Project aim: To investigate the level of pasture and animal production that can be sustainably achieved on a native-based pasture in the Crookwell region. Specifically, the project is investigating the effect of applying fertiliser (single superphosphate) and lime  on: 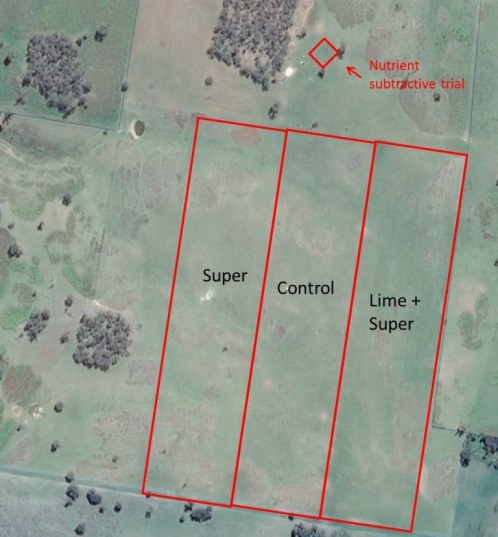 Paddock 2: Control: a native pasture of low fertility (i.e. the “do nothing” approach).

As expected, adding P into the system led to a rapid and large increase in the amount of sub clover in the fertilised paddocks, especially the L+S. The increase in stocking rate has been a function of both increased pasture quantity and quality. Stocking rates for the first 6 years of the demonstration have averaged:

When all the costs are taken into account (i.e. the costs of fertiliser as well as additional variable costs of running more stock), SS has on average increased net profit by $78 - $99/ha/yr above the control (depending on what method of analysis used). The L+S treatment has increased net profit to a far greater extent, boosting returns by $181 - $185/ha/yr above the control (Table 1).

While the difference in stocking rate between the SS and L+S paddock is relatively small (average of 0.6 wethers/ha), the 2015-20 period has coincided with exceptionally strong wool and mutton markets. When markets are favourable, small increases in carrying capacity can make a big difference (Figure 1). 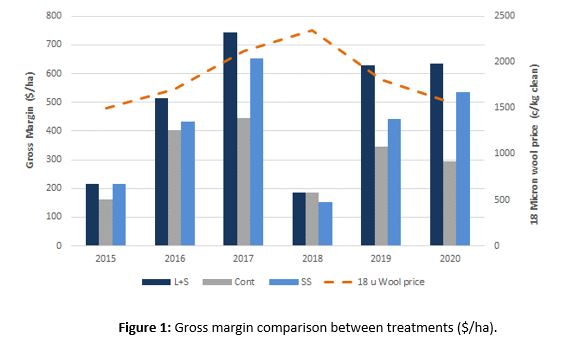 Unlike P, pasture response to lime is highly variable and difficult to predict. At this site lime has had a positive effect on pasture growth, sub clover performance and overall economic returns. However, it is important to note the L+S paddock has a slight eastern facing aspect which could be providing a slight advantage (the Control and SS paddocks have a western aspect). Further work is required to verify the production advantage observed as a result of topdressing lime at this site.

Annual monitoring of pasture composition shows that all three paddocks have maintained a very strong native perennial grass base. This is despite three drought years occurring during the first 5 years (2017, 18 and 19). Pasture stability is just as important as any production increase. Native pasture species have adapted to shallow acidic soils and maintaining their presence across the landscape is important. Sowing introduced pasture species into these soils is expensive and successful establishment comes with considerable risk. Persistence of these introduced species can also be variable.