In the North West NSW region, regent honeyeaters (RHE) have been recorded around Bingara, Barraba, Tamworth and further west towards the Pilliga. Much of the RHEs habitat is found on travelling stock reserves and private land, rather than National Parks. The threatening process that most impacts on RHE survival has been native vegetation clearing and fragmentation.

Remaining remnants can become unsuitable due to being small, isolated and under continual threat of reduced habitat quality, inadequate regeneration and noisy miner invasion. 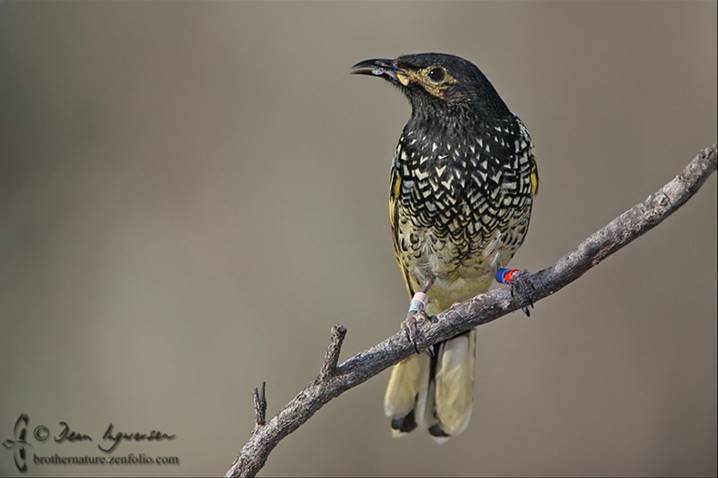 This project aims to improve the management of RHE habitat and provide landscape connectivity by securing private landholder agreements. Noisy miner overabundance will be targeted as recommended by BirdLife Australia. Along with these actions, community awareness and landholder knowledge will be increased through one-on-one advice, holding events, media campaigns and signage.

This project commenced in July 2018 and will conclude in June 2023 and is funded by the Australian Government.

In the video below, Dr. Stephen Debus talks about the regent honeyeater bird surveys which have been ongoing since 2016 in the North West.