The Koala (Phascolarctus cinereus) is an iconic Australian species found over a vast yet highly fragmented range of eastern Australia. Koalas are listed as vulnerable to extinction in the Commonwealth Environment Protection and Biodiversity Conservation Act, 1999 and the NSW Threatened Species Conservation Act,1995. The NSW Recovery Plan for the Koala purports the species status on the Northern Tablelands is unknown.

The Northern Tablelands Koala Recovery Strategy project seeks to address the deficit of reliable information on Koala populations and their status in the region.  The strategy will guide future research and planning to avert decline of Koala populations on the Northern Tablelands and will enable strategic delivery of on ground incentives through the Trees on Farms program. In short, the strategy aims to:

Understand what’s happening with our koalas

There’s been very little up-to-date data on koalas in the Northern Tablelands. Anecdotal evidence suggests they’re declining, but we don’t know where, when or why. Northern Tablelands Local Land Services has funded scientific studies in the region looking at koala populations so we can begin to understand them better. We also hope to know more about their ecology and the threats facing them. This data will also let us know if future interventions are working.

There’s a long list of things that will help our koalas detailed in our strategy, and the biggest item is to give them a bigger home – by increasing their woodlands (including connections between patches of woodland). This increases habitat, and the ability of koalas to move through the landscape without exposing themselves to danger. As we find out more about the things which threaten our koala populations, we hope to address those as well. Interested in creating habitat on your land? Register your interest here and we'll be in touch.

As we learn about koalas, we want to spread this knowledge throughout the tablelands. Northern Tablelands Local Land Services hopes to do this with events, media releases, Facebook posts, flyers and also this website!

Want to know more about koalas?

One way Northern Tablelands Local Land Services is hoping to help our koalas is by helping those helping koalas! Make sense?

Northern Tablelands Local Land Services has already begun the first part of its strategy – collecting data on koalas in the Northern Tablelands. Named the Cool Country Koala Project, researchers have been employed sine 2016 to survey sites all over the region for signs of koalas. This is usually done by looking for koala scats (poo). This is because koalas poop up to 150 times a day! So wherever a koala was, so are its scats.

Baxter the sniffer dog has been a huge help with this. Read more about Baxter. 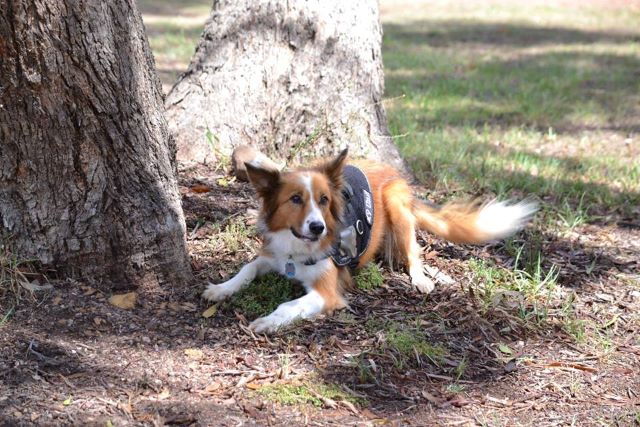 How can you help?

There are incentives for protecting and planting koala habitat on your land.

We’re asking everyone on the Northern Tablelands to log their koala sightings, using the Atlas of Living Australia – they also have an app called OzAtlas.

Baxter the sniffer dog can’t be everywhere. If people like you log their koala sightings, we will have a better idea of where koalas live in the Northern Tablelands, and how that changes over time.

Why Atlas of Living Australia (a.k.a OzAtlas)?

There are a LOT of koala logging websites. OzAtlas is currently the most user-friendly (AND you can log other animals/plants). Their data is also open to the public so you can look up what others have logged.

What we know about our koalas

Researchers looked for signs of koala presence in five predicted koala population areas on the Northern Tablelands (Ashford, Delungra, Armidale, Walcha and Nowendoc). Presence of koala scat (poo) indicated koala activity in the Armidale area. Data on weeds, grazing, wild dogs and Eucalyptus dieback were captured to see if presence of any of these potential threats might explain koala absence. When koala scat was found, researchers identified the tree species used by the koala and also described the type of plant community occurring there.

There’s a mixture of healthy and declining koala populations across the Northern Tablelands. Koalas are found around Armidale/Uralla, Inverell/Delungra and a “new” koala population was logged north of Tenterfield.

Ashfords koala population has crashed since monitoring began in 2016. We don’t as yet know why this is happening.

Here is a map of where all the researchers have gone so far, and whether they found any koala scats in the area.

Do you want to know more?