With most of the state receiving good rains this year and pasture and winter crops thriving, landholders should now be on the lookout for locusts. The Australian plague locust (Chortoicetes terminifera) can be found across Australia and throughout parts of central and western NSW. It can cause significant damage to crops and pastures, as well as household gardens. Spring through to autumn is the time of year when most activity takes place.

Locust activity increased during last summer and through until late autumn this year, with reports received from the upper western, lower western and central west regions of NSW, as well as parts of the Riverina.

For areas in the Murray region that reported locust activity during autumn this year, forecasting models have locust hatchings beginning in the middle of September through to the middle of October. Early detection of locust activity is important for successful control. Delaying your report could mean that the locusts will develop through their instar stages, lay eggs and build in numbers rapidly, resulting in damage to crops and pastures.

What to look for

Adult plague locusts usually like to lay eggs in harder loamy red soils, especially on compact roads next to crops, tree lines and farm buildings, especially those built on higher ground such as ridges.

Locust egg beds can be identified by a series of small holes in the earth, but they can be difficult to find. However, a reliable indicator of new hatchlings emerging is the presence of flocks of ibis, wood swallows, crows and other large birds, which like to feed on them.

Below left: Locust hatchlings emerging from the ground
Below right: An adult locusst laying eggs 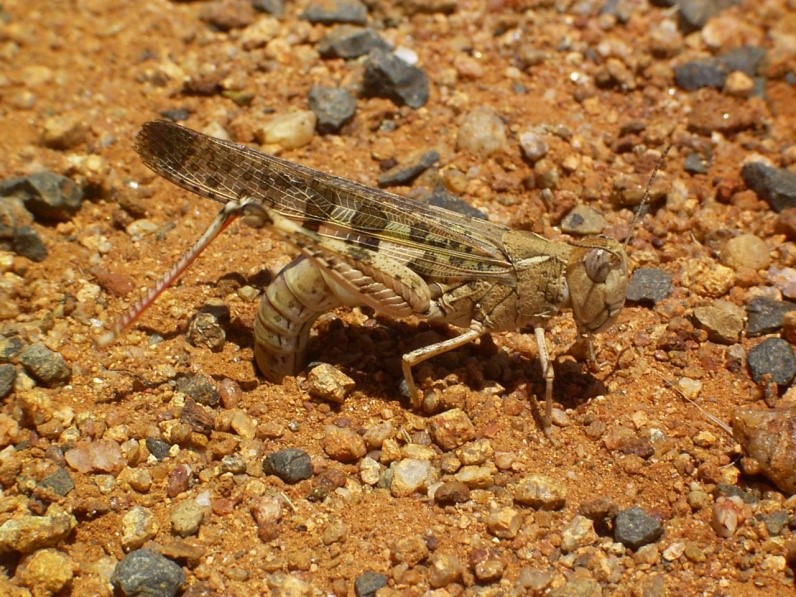 Fall armyworm on the march

PRODUCTION ADVICE - NOVEMBER 2020 - PESTS & WEEDSFarmers across the Murray region should be on the lookout ...