Lambing in a wet year 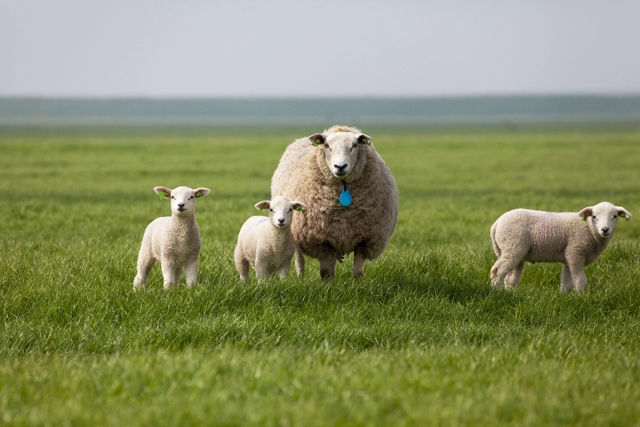 My dad always likes to say ‘there is money in mud’. This is true, but it doesn’t mean there are no issues. Different seasons have different challenges. Know the risks and preventative strategies to use in a wet year so that you can reap the benefits instead of getting bogged down.

Many producers destocked or reduced numbers during the dry. To replace numbers, many farmers bought in stock from far and wide. The disease exposure and vaccination status of these animals is likely different to those animals being replaced. Getting a good history of the mob, including a Sheep Health Declaration helps. This allows you to take preventative steps such as vaccination, isolation and monitoring to try and avoid issues.

Sheep can become stressed due to transport, yarding or extremes of weather. Stress suppresses the immune system, giving infections a foot in the door. Stressful situations often also have the double whammy of increased time off feed or higher demand for energy. A heavily pregnant ewe carrying a big set of twins has a huge demand for energy and calcium. Failing to meet that demand can lead to pregnancy toxaemia (twin lamb disease) and low blood calcium (milk fever). Cold, wet weather is especially problematic for small, newborn lambs that lose heat quickly. This can be fatal if they don’t have enough energy reserves to burn to keep warm. Minimising stress and time off feed is crucial, especially in cold, wet weather.

Isn’t this a good thing? Sometimes you can have too much of a good thing. You need to manage a bulk of green feed appropriately. Transition stock on gradually. Use licks containing salt, limestone and Causmag to ensure ewes have enough calcium and magnesium. Check that the dry matter content of the pasture isn’t too low. Think about that pregnant ewe with the big set of twins. There is only so much room in her belly, and most of it is taken up with lambs. This leaves little room for the rumen, which limits the amount of food she can eat. If most of what she eats is water, she won’t be able to get enough energy to meet her own demands and those of her unborn twins.

Another issue with a bulk of pasture is iodine deficiency. Iodine in the pasture is at its lowest in winter. In addition to this, sheep obtain a lot of their Iodine from the soil. When there is a lot of feed, they don’t graze as close to the ground and this limits the amount of soil they eat. Iodine deficiency in a pregnant ewe can lead to goitre in the newborn lamb. Goitre (the enlargement of the thyroid gland) can sometimes be seen as a swelling around the throat area. This can cause dystocia as well as leading to the birth of weak lambs that can’t control their body temperature, which makes them more prone to exposure. Iodine supplementation of the pregnant ewe may be necessary in wet winters (something to consider next year fingers crossed), particularly in areas which are known to have marginal soil iodine.

Last but not least is the risk of a build-up of nasties that can cause disease. Most disease-causing organisms, such as bacteria and protozoa like coccidia, favour wet environments. The more bugs, the greater the risk of disease. This includes diseases that cause abortions, such as Campylobacter. Campylobacter bacteria shed in aborted foetuses and, by aborting ewes, can then build up to affect more sheep until an ‘abortion storm’ occurs.

Standing in mud also increases the risk of lameness by softening the feet and disrupting the skin, which allows a point of entry for infection. This leads to an increase of conditions such as foot abscess and footrot in wet years.

Lambs can also become crook or lame, either through infection of the navel or infected marking or mulesing wounds. This can lead to an increase in bacterial arthritis and other diseases.

Some diseases can be prevented by vaccination. You can also try to reduce the exposure of your sheep to disease-causing bugs. This could be by running small mobs, increasing the area ewes have to lamb on, moving mobs from contaminated paddocks or fencing off areas where water is lying on the ground.

Each year has different challenges. By understanding the risks and employing preventative measures we can make sure that the abundant feed leads to abundant lambs rather than a pile of problems.