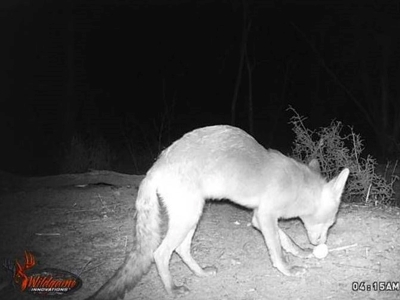 Research has shown a 60 - 90% decline in numbers across the Murray-Darling Basin.  This decline is primarily due to predation by foxes which can destroy up to 95% of turtle nests at a site. We know that 1080 baiting reduces fox numbers, but we don't know if it results in increased turtle hatchling survival as one fox can still destroy many nests in one night.

Four unbaited control sites and the two baited sites had fake turtle nests (buried chicken eggs) installed. The program aims to get through the nesting season with the buried chicken eggs remaining intact and the nest undisturbed by foxes. 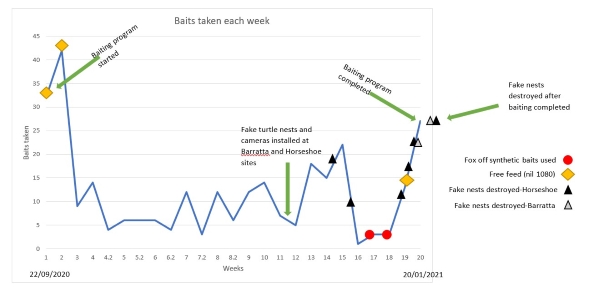 This information has led to a changed approach to next year's baiting program and the plan to create a baiting 'buffer' out from the lagoons to reduce pressure on the nest sites further.

Unfortunately, we won't know precisely how effective the baiting program is for a few years. This is when any surviving turtles will be large enough to be caught in the sites' annual trapping program. Still, with another two nesting seasons of baiting planned, we hope to have enough information to undertake future targeted baiting projects with the confidence we are positively impacting turtle numbers. This project is supported by Murray Local Land Services, through funding from the Australian Government’s National Landcare Program.