We have heard that liver fluke eggs are starting to show up in faecal samples being submitted for worm testing, specifically from the southern area of our region. In some of these cases the samples may have been collected from restocker animals which moved into the district carrying adult fluke inside them. But some have been from home-bred animals on properties where liver fluke has not been known to occur before.

Small numbers of adult fluke can survive inside the liver of infected cattle and sheep for many years. Restocker animals carrying adult fluke may be a source of infection to your property as a result of fluke eggs being passed out in their faeces – but only if environmental conditions are right, and only if there is a specific type of snail around to enable the full life cycle to be carried out.

Fluke eggs will not survive in cold or dry environments, but if there is adequate moisture, and minimum temperatures are above 10 degrees, they can hatch and develop into a ‘larval form’. This form then needs to be picked up by a specific type of snail, inside which it multiplies and develops further before being released by the snail in ‘cyst form’ into the environment again. These attach themselves to vegetation which grazing stock can then ingest and become infected.

Liver fluke snails live in mud or on plants in shallow water at the edge of springs, small creeks, dam inflows and outflows, irrigation channels, poorly drained drainage channels or in water troughs.  They are small and sometimes difficult to find. They can move some distance in water, with or against a current, so could potentially move in flood or other running waters carrying liver fluke onto a previously uninfected property.

This map shows regions across south-eastern Australia where fluke disease is endemic and occurs more frequently. It also shows where liver fluke snails have been detected, and where transmission of liver fluke could occur in the right environmental conditions. 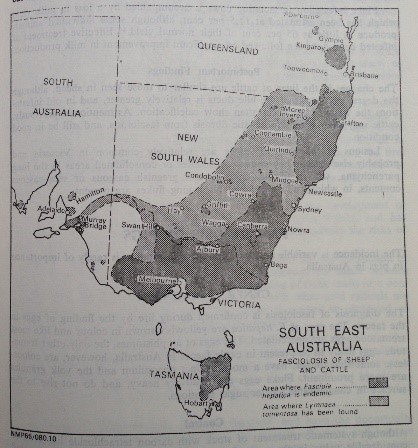 Liver fluke is not likely to be a widespread problem in our area, but properties where fluke has been known to occur before, or which have shallow running water bodies present may consider adding a fluke test when submitting worm test samples to a laboratory.

If you have any questions about liver fluke you can get in contact with us by calling the Central West Local Land Services Forbes Office on 6850 1600.

27 Jan 2021
The affects of high temperatures on livestock reproduction

With the hot weather well and truly upon us, it is worth keeping in mind that heat stress can affect reproductive performance in c... 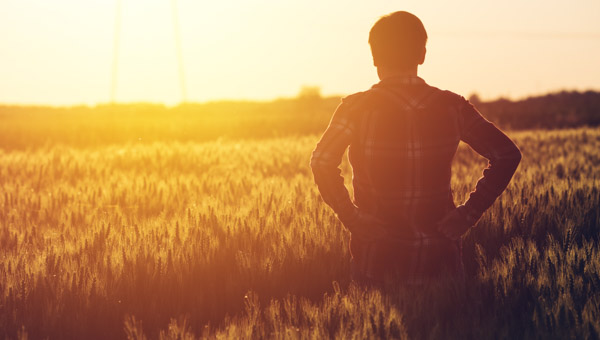 The Big Tech Big Ideas conference will be held at the Dubbo Convention Centre and incorporate a field visit to Trangie A...