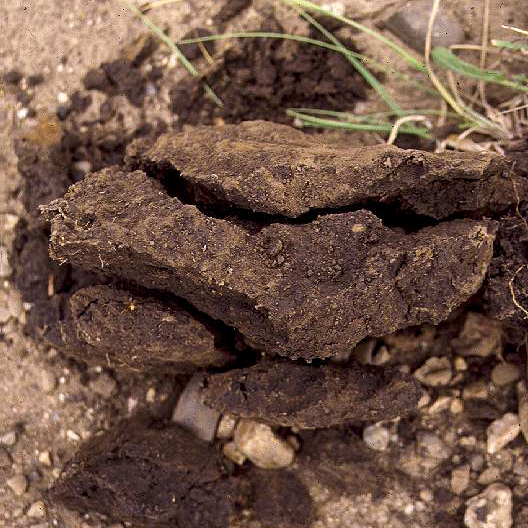 There is currently a lot of discussion on the effect of inorganic fertilisers on soil health, in particular, soil biology and soil carbon. It is beneficial to understand what is driving soil health to make an informed decision.

Soil health is associated with three main factors: Chemical properties, physical properties and biological properties. Each factor interacts to create a healthy soil. The Biological proportion of the soil is made up of macro fauna, Mesofauna, micro flora and fauna (biota) and plant roots. Soil biota is is present throughout the profile but is most concentrated in the top 10cm of the soil and is responsible for nutrient transfer, pollutant breakdown, the turnover of organic matter and the transmission and prevention of disease.

The plant provides energy and nutrients to the soil biota by producing organic matter (OM). OM is then broken down by macro fauna (arthropods and earthworms) this increases the surface area of the OM so it can be broken down faster by smaller biota. Macro fauna also help with soil structure by creating soil pores.

Mesofauna (collembola and mites) also break down organic matter as well as eating microflora and fauna. This helps to regulate microbial populations and nutrient turnover. Microfauna (Protozoa and nematodes) regulate populations of less desirable bacteria and fungi by predation. They also have an important role in mineralisation of soil nutrients. Microflora (bacteria and fungi) conduct 80-90% of the biological activity that occurs in the soil. They are the driving force for the cycling of nutrients and are active in both building up and decomposing OM. They also help improve soil structure by forming stable soil aggregates (Better Soils, 2008).

Research done by Doctor Kathy King in 1996 on “Toorawandi” Ulamambri measured the microbial carbon in the soil of a Single super fertilised plot versus unfertilised. The fertilised plot had 84% more microbial Carbon than unfertilised. It is also interesting to note that organic carbon was increased by 100%, water infiltration was increased by 707% and plant cover was increased by 66% (Freebairn et al, 19971). In cases where soil acidity was a limiting factor, applications of lime also created a significant increase in biological activity (Freebairn et al, 19972). In both cases, the increase of dry matter as a result of improving soil chemistry/fertility lead to the increase in soil biology. Figure 1 shows how the soil food web breaks down plant residue. It is easy to see how plant dry matter (which is the basis for OM) feeds the rest of the food chain. Therefore the more dry matter produced the more biological activity.

One of the key messages I took from listening to Dr Susan Orgill (NSW DPI) speak at the recent Central West Local Land Services Carbon Forum, was that: the best way to build soil carbon is to address the most limiting factor to plant growth.