Introduced tropical pastures can improve productivity, while also improving long term ground cover. Many producers in Central West NSW are keen to sow more tropical pastures, but seed can be expensive and establishment failures often occur. This article will give you some guidance around paddock preparation, timing, sowing depth and moisture management.

I am currently getting a lot of calls about establishing grasses and the first question I ask is “how clean is the paddock?” Annual weeds like liverseed grass, barnyard grass and even Spiny Burrgrass are great competitors. They are able to germinate and establish much faster than a perennial grass, taking up available space, light and soil moisture. Perennial grasses are much less competitive at this early stage, as they are slow to establish due to putting energy into root and leaf development.

To reduce the seed bank of these competitive annual species, it is important that you do not let them set seed for at least three years. Generally, this can be done by growing winter cereals for three years and maintain effective fallows through summer. This process can be modified to suit your own system, for instance, some producers may grow a summer broadleaf crop like cow peas where the grasses are sprayed out or grow hard seeded annual pasture legumes during winter so there is seed present prior to sowing tropical grasses. The main priority is not letting annual summer grasses set seed.

Once established, tropical species such as Premier digit and Bambatsi panic are great competitors, limiting the ability for annual species to germinate and establish, particularly in the spring and summer months. 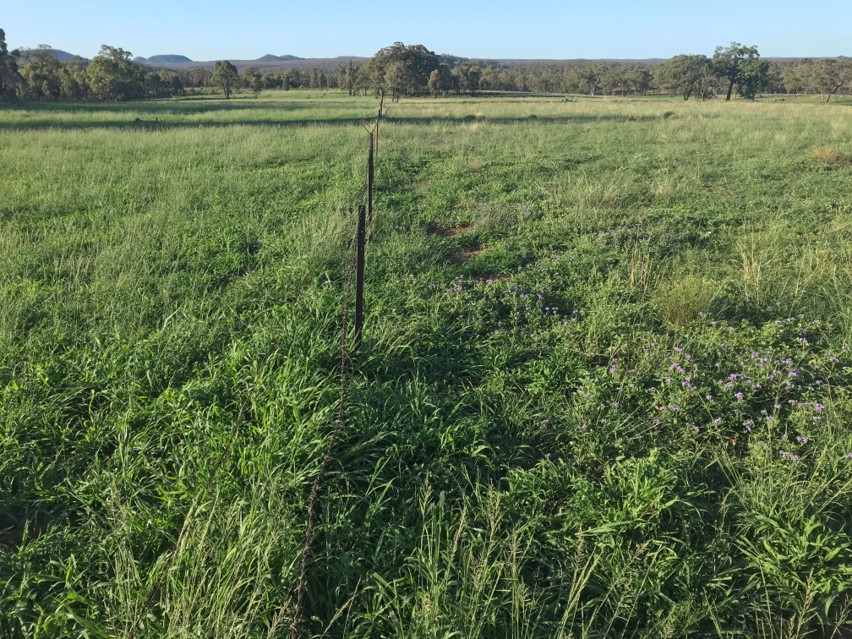 Photo 1: Digit grass and consol lovegrass left and an annualised native pasture on the right. Note the lack of blue heliotrope in the tropical grasses

It is important to get time of sowing right. Tropical grasses are summer growing and although they are able to go dormant in winter, a frost event while they are establishing can kill small plants. Tropicals can be sown once the soil temperature reaches 16 degrees and rising at 9am (the same as sorghum). I normally suggest that producers wait until they get opening rain that causes annual summer grasses to germinate. This is a good indicator that soil temperature is right, as well as giving  you one last control on your summer weeds before sowing. The earlier you can sow your grasses the better as it will give you more opportunity for rainfall events that will enable establishment. Recent work by NSW DPI has shown that sowing in the heat of summer can be detrimental. For the east of our region, sowing through to Christmas is possible, while to the west of the region, mid-November may be too late. It can depend on the season, and it is a good idea to keep an eye on local weather forecasts.

Some producers have had good results sowing in February, but for this to work good follow up rain is needed with no early frosts. Tropical grasses need a developed root system and ideally have set seed before winter sets in. There is far less risk sowing late spring/early summer.

Sowing depth is critical when sowing tropical grasses. Seed should be sown less than 10mm deep and ideally pressed in with a press wheel to get good seed to soil contact. I have seen great results using single disc seeders with a gauge wheel to ensure the seed is not sown too deep. I have also seen success with a tyned implement when the seed boot is lifted up so that the tyne is able to create tilth and the seed is dropped on loose soil. A press wheel then covers the seed with a small amount of soil. I have even seen good results where seed and fertiliser was spread over a worked paddock then pressed in with a tyre roller or even covered with soil using a bit of mesh or light harrows upside down. What you should keep in mind is the more “primitive” system you use, the more you are relying on the weather to go your way. As mentioned, sowing depth is the critical part!

As with cropping, it is important to get soil fertility right. Tropical grasses are generally tolerant of low fertility, but starter fertiliser will aid in establishment and ongoing fertiliser applications will increase productivity over the long term. As always, take a soil test and speak to your agronomist.

There are two stories around moisture, you need enough moisture to germinate the seed, then enough moisture in the profile for the grasses to establish. Due to the shallow sowing depth, it is very difficult to sow on moisture, subsequently we are generally dry sowing in front of a forecasted rainfall event. The other problem with shallow sowing, particularly in summer, is that the top 10mm of soil will dry out very quickly so the seed often doesn’t have moisture around it for long enough to germinate. Many experienced producers suggest you need four to five days of wet weather for successful establishment. It is possible to reduce the number of days of wet weather and increase your chances of establishment by having suitable ground cover. Having standing stubble present at sowing will help reduce soil temperature, minimise moisture loss through evaporation and reduce run off during the rainfall event. This can greatly improve the establishment of your pasture.

Generally, you would not sow a wheat crop if you did not have some fallowed moisture. If you are planning to spend over $100 per hectare in pasture seed, it is probably worth having similar rules. For most of the soil types we sow tropicals in, I would suggest having at least 50-60cm of soil moisture (measured with a moisture push probe). You could look at spraying the previous forage crop out early (August), allowing the paddock to capture and store moisture before sowing in summer. I do know of producers who will long fallow prior to sowing grasses. The rational is that there is less risk if there is low rainfall in summer and they find that they get a lot more growth in the first year and may even be able to start grazing earlier.

Tropical grasses have been proven to have a great fit in many production systems in Central West NSW. They have the ability to transform over-farmed or unproductive paddocks into productive paddocks, maintaining ground cover and building soil carbon. As long as the right species are chosen, tropicals will persist for generations. Given the potential profit from a long-term pasture paddock, it only makes sense that you get the preparation right.

This video includes some handy tips and was produced during the tropical grass trial in 2020.

By Rohan Leach, Mixed Farming AdvisorProducers in the Central West (CW) may be seeing in a critical feed gap this autumn due to sl... We invite you to join us to talk about how to go about doing revegetation on the land that you manage. A demonstration o... 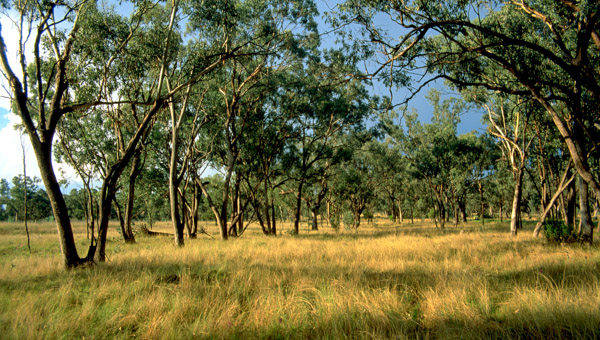 The Central West region contains several threatened ecological communities (TECs), one of the most significant of these ... This event has been postponed from 27 September to 12 October due to flooding and road closures.Local Land Services are ...