Get the jump on rabbits now

Despite the release of the rabbit haemorrhagic disease virus (RHDV1 K5) across the Murray Local Land Services region in 2017, rabbit numbers have increased significantly in some areas.  With good winter and spring rains across much of our region, and considering that nine rabbits are the equivalent of one dry sheep, now is the time to start planning your rabbit control program.

When considering a program, it is important to implement a combination of control techniques. Using programs that simply repetitively poison year after year without undertaking other forms of control is poor pest management.  The most effective programs aim to eliminate all rabbits, warrens, burrows and harbour.  In order to achieve this, the following steps should be followed:

When rabbit densities are medium to high, it is important to reduce numbers to a manageable level.  This initial reduction is often best achieved through a poisoning program undertaken in late summer or early autumn before the breeding season commences.  Rabbits will find and eat the bait material more readily if poisoning is carried out in areas where feed is minimal. The type of poison used for such programs is often determined by legislation set out in the relevant Pesticide Control Order or individual landholder preference. It is best to discuss these options with an LLS Biosecurity Officer. 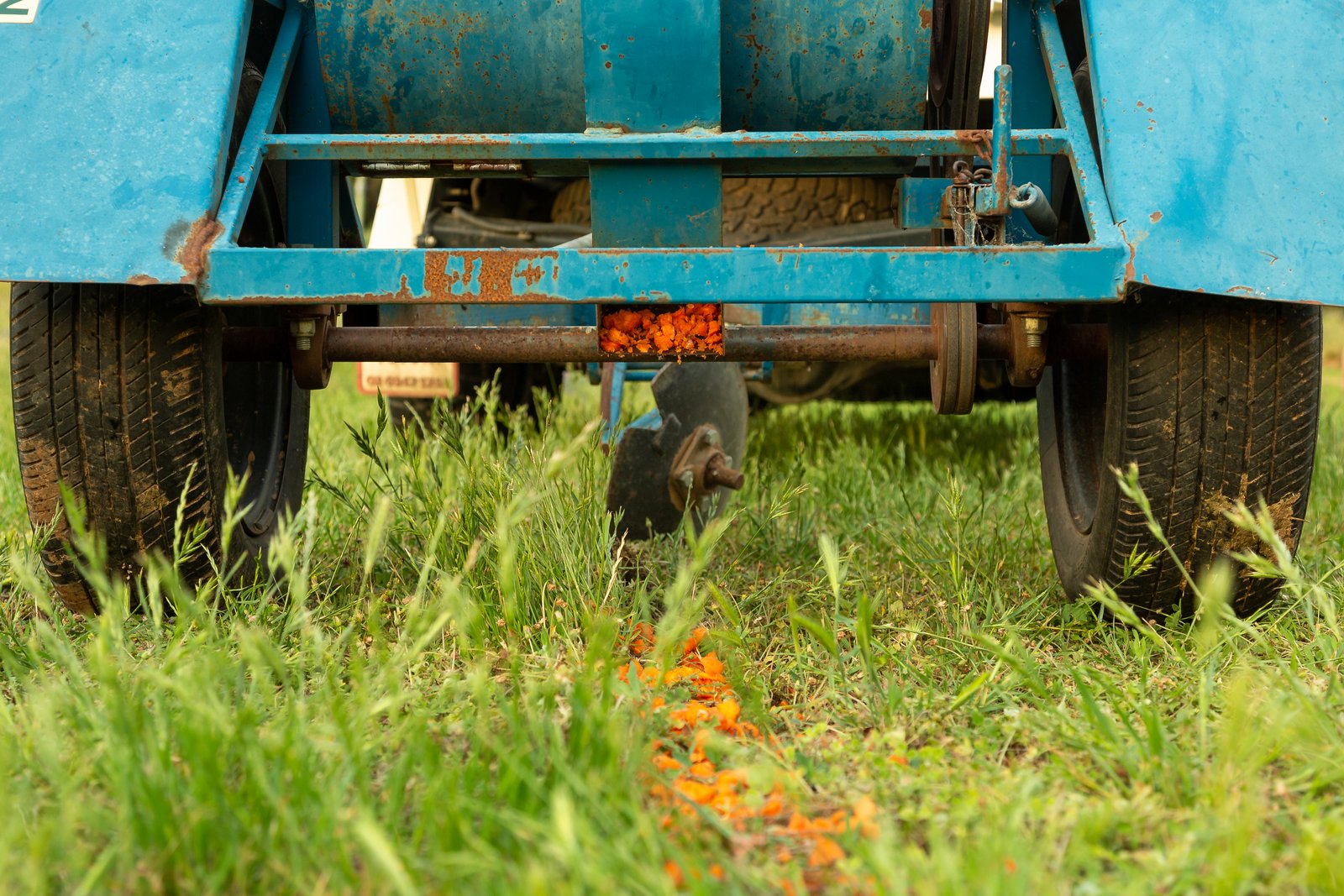 Above: Rabbit baiting using poisoned carrot and a mechanical bait dropper. Baiting is just part of the rabbit control equation.

If rabbit numbers are low, control programs can commence at this stage.  The main objective of this phase is to reduce the population further so that it cannot quickly recover.  It is during this period that harbour destruction is undertaken and is best achieved through deep ripping or blasting of warrens and burrows, fumigation, removing fallen timber and blackberries.

Before undertaking any ripping or fumigation work, the area should be ‘dogged’ in order to drive rabbits underground. Destroying rabbits without destroying their homes only gives short-term protection.  The old saying ‘the rabbit makes the warren, but the warren makes the rabbit’ is very true.

A property inspection should be undertaken at least once a year to prevent a resurgence of rabbits into the treated areas. Remember, the success of a control program is not determined by the number of rabbits killed, but the number that survive. Get them down and keep them down – it’s the cheapest option in the long run!