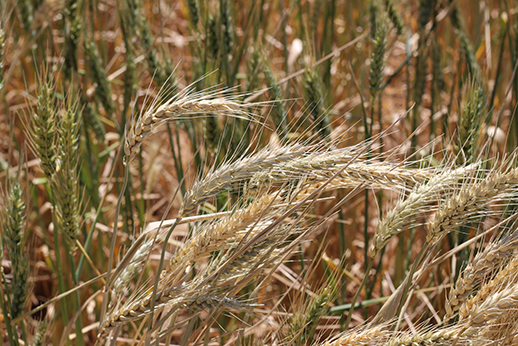 Were you disappointed with your wheat yields last season? Quite a few growers were – they were expecting excellent yields due to the good seasonal conditions but were disappointed. Many assumed the white heads in the crops were due to frost damage, but those who investigated further often concluded that it was a disease issue – usually crown rot.

Crown rot fungal spores built up in the district during the dry seasons prior to last year.  They survived on wheat and barley stubbles, which hadn’t broken down due to the dry summers, and readily infected crops. The period from about mid-August until early October was relatively dry last season, which meant the disease had a greater impact on yield.

Crown rot is often the main crown/root disease of wheat in the Deniliquin district.  It usually requires a two-year break from cereals to adequately control it, but even longer breaks may be required in dry summers.  Growers sowing wheat into country that has grown wheat or barley in the last three years need to be aware of the potential risk from crown rot (and if they have grown durum wheats, there is an even greater risk of disease carry over).

Steven Simpfendorfer, a plant pathologist with NSW DPI, has proposed four steps for growers to take.

Growers need to be aware in advance of the risk they face.  This can be achieved by undertaking a Predicta B disease test.  This will give an indication of whether the disease pressure is low, medium or high. It is important that the agronomist taking the test uses the recommended protocol and latest risk categories. Unfortunately, time is running out to get the test results back prior to sowing, so this needs to be done as a matter of urgency to be of value this season

Step #2: There are pre-sowing options for paddocks where the disease pressure is shown to be either medium or high.  They include:

Seed not only needs to have good germination but also good vigour. Seed vigour is closely linked to seed size.  If possible, seed should be heavily graded to remove all small grains. Larger seeds will have greater vigour, which is important to get the crop away before the onset of disease pressure.

Some fungicides will also reduce seed vigour, so be sure to talk with your agronomist about what is safe to use. 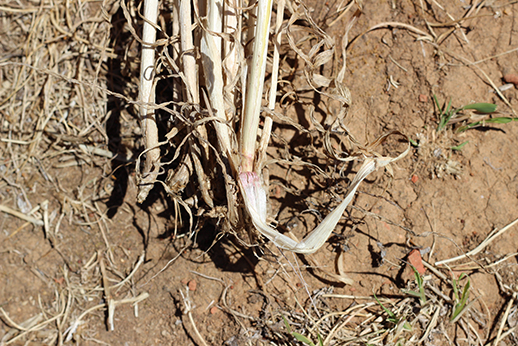 Crown rot infections are more noticeable later in the season. Head emergence is a good time to walk through crops to determine the level of infection. This step is encouraged so that informed decisions can be made for following seasons.

The first indication of crown rot will be white heads throughout the crop. Examine the base of these plants; if it is a dark honey brown in colour, it is crown rot.  Often, but not always, there will also be a pink colouration caused by the fungal spores.

After last season’s harvest, I spoke with several growers who lost considerable yield due to crown rot infestations.  It is an issue that needs to be continuously monitored and managed to minimise the financial loss it can cause.