Why did the chicken cross the road? To help turtle hatching get to the other side. 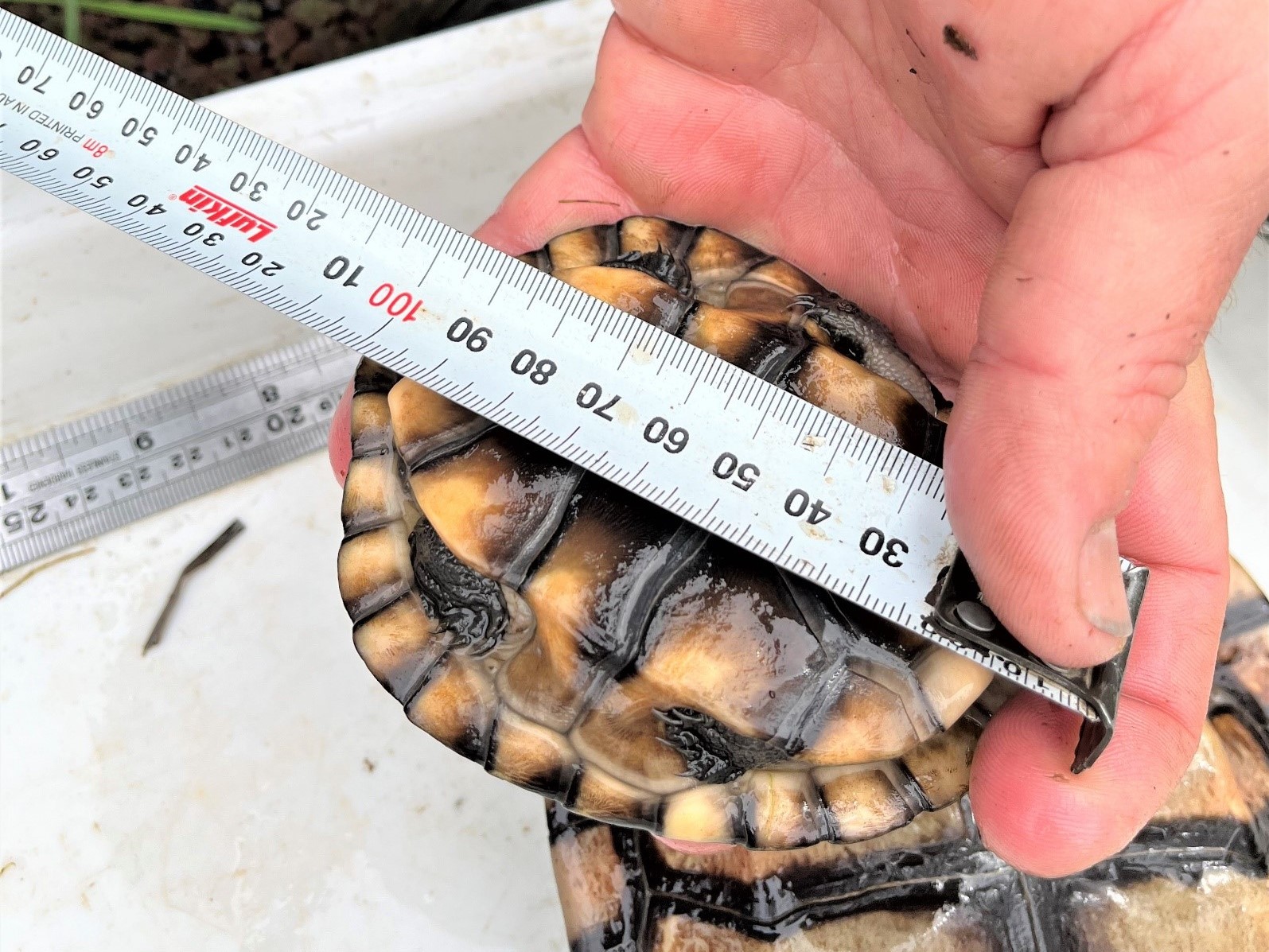 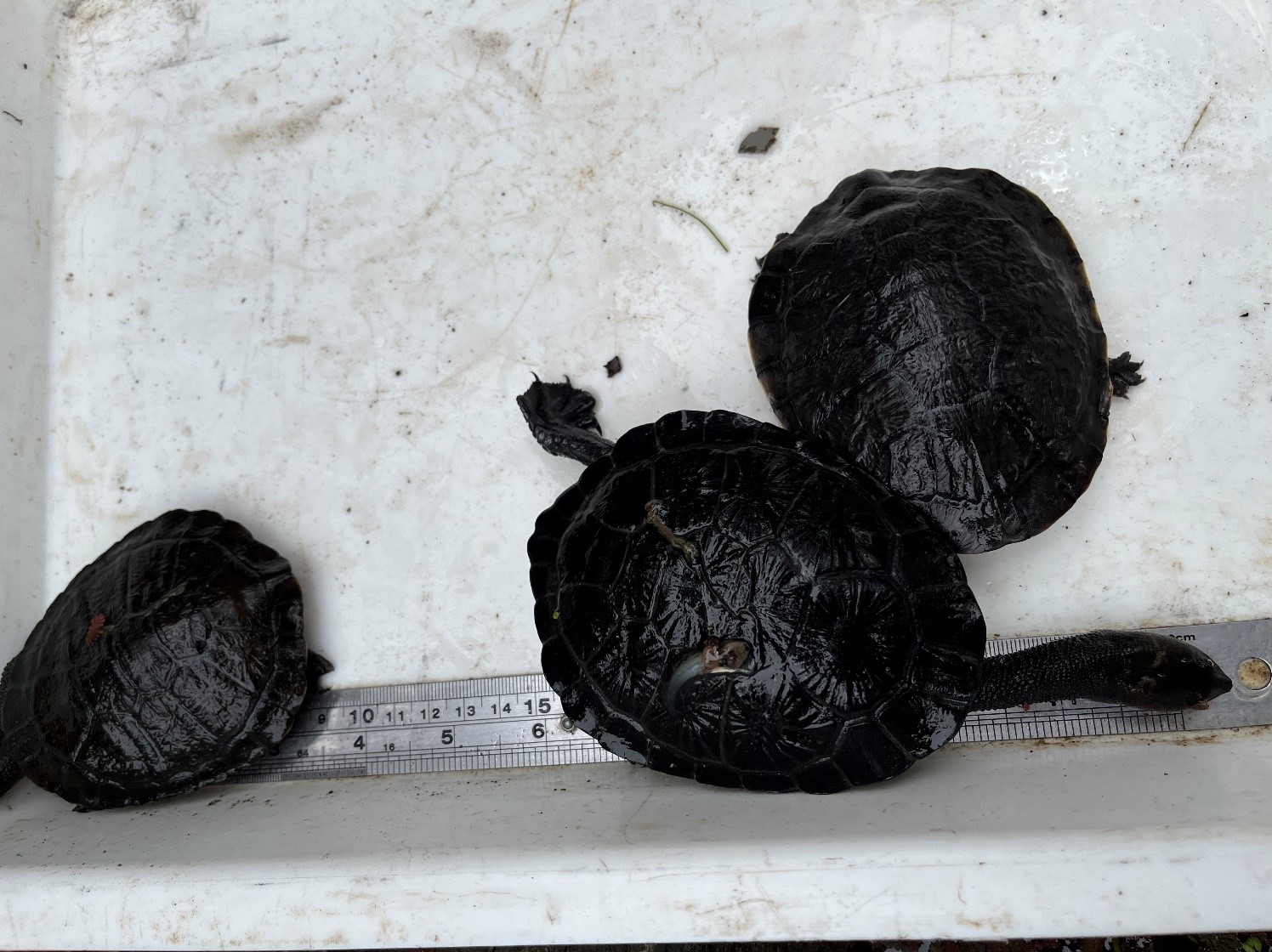 Over the past six years, the National Landcare Program-funded Ramsar project has conducted broad-scale annual fox baiting programs within the Perricoota Koondrook Forest.

This week they set up fake turtle nests within those sites to help assess the effectiveness of the fox baiting. Installation involves digging a 30 cm deep hole, then laying a chicken egg in it and covering it with soil; this mimics a turtle nest. Wildlife cameras monitor the site for predators such as foxes to see how quickly the nests are disturbed/predated. The fake nests are checked weekly.

Phil Hudson from the Moama LALC crew has had many years' experience in different turtle monitoring methods. He says that all three species of turtles dig their nests in different locations but that long-term fox baiting is reducing the amount of predated nests he has seen.

The Ramsar project has also funded a three-year turtle monitoring program at the Pollack Swamp. Monitoring has recorded juvenile Eastern long-necked turtles at the site for the first time for many years, indicating that the intense baiting throughout the entire nesting and hatching season has assisted successful turtle breeding and hatchling survival.

So you ask why did the chicken egg cross the road? Well, it really was to help the turtle hatchlings get to the other side, into the water bodies, and safe from predators! 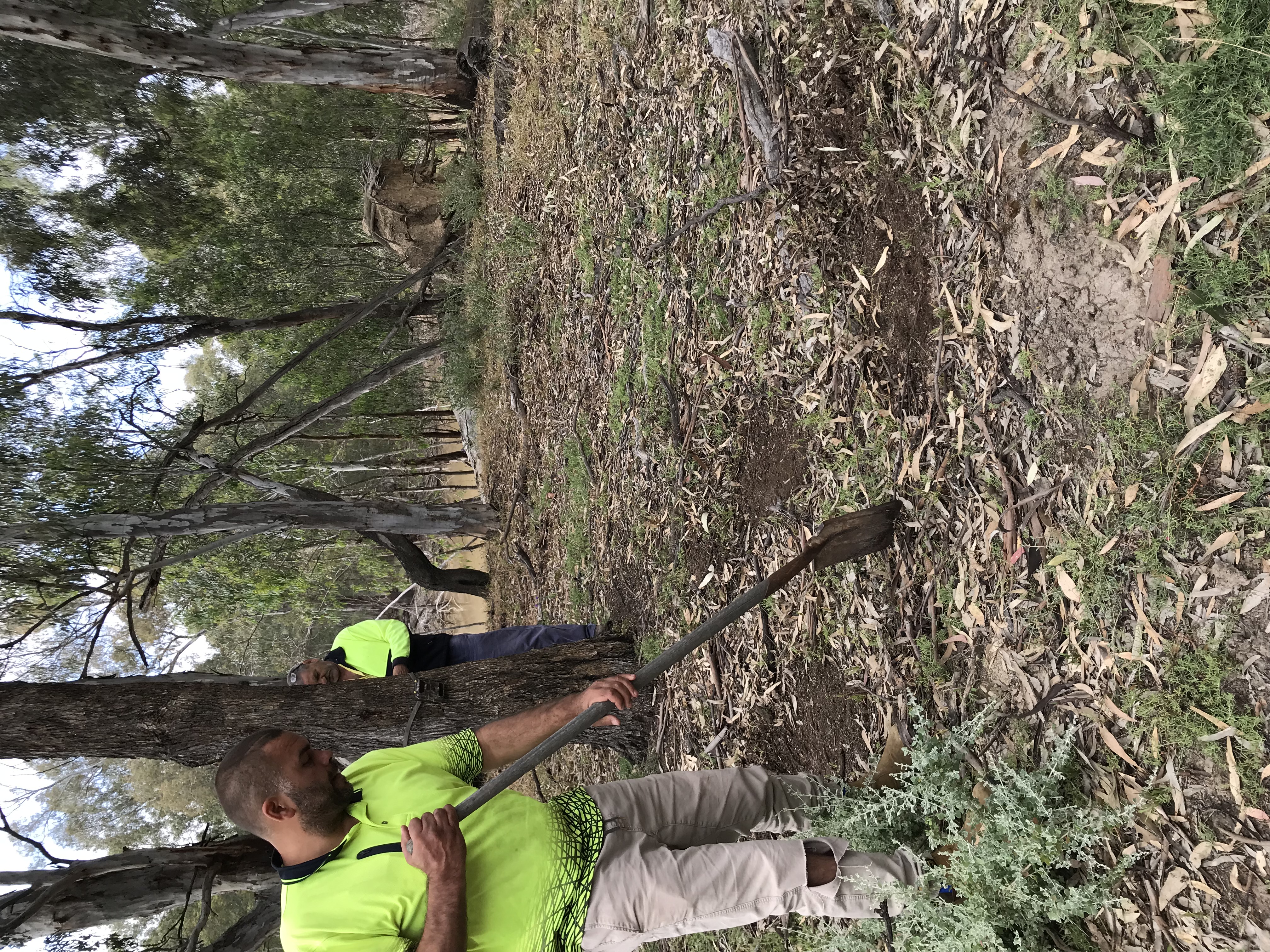