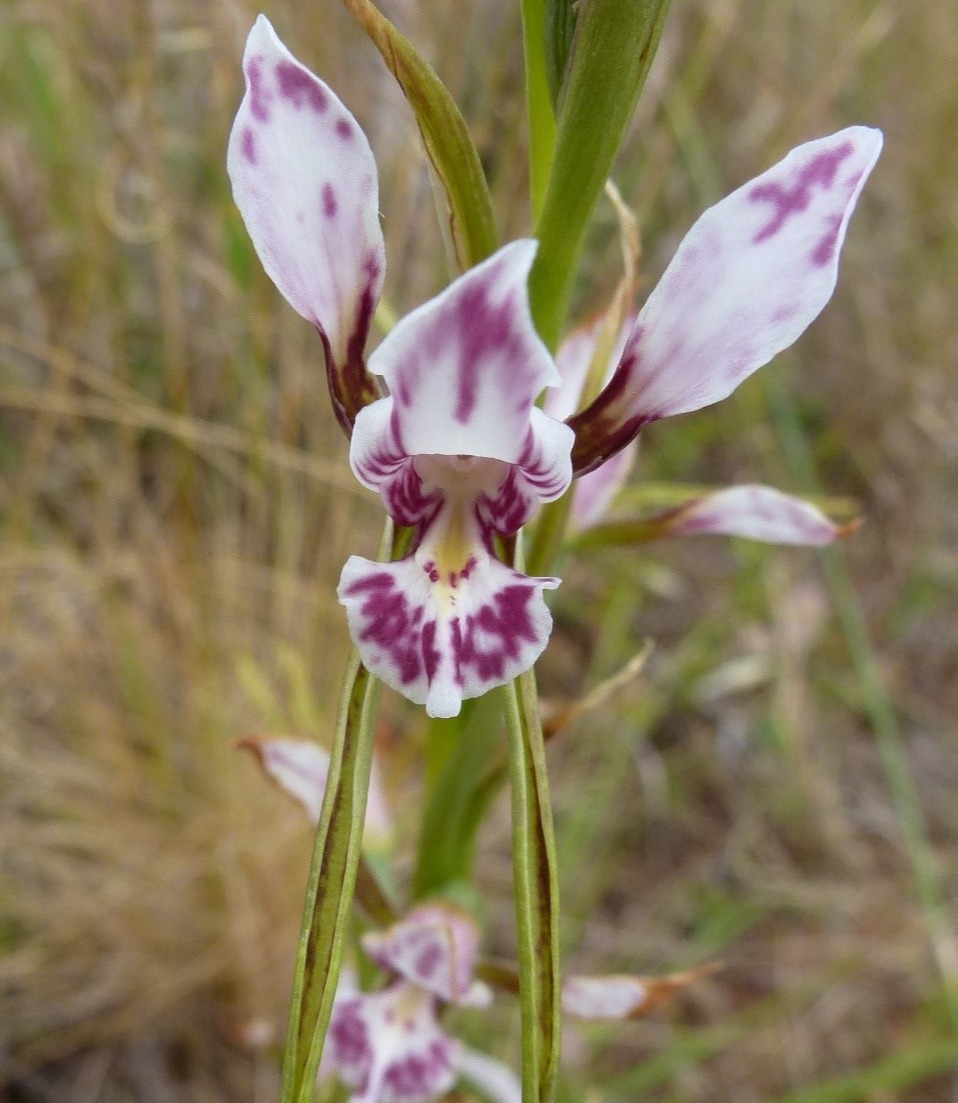 A recently discovered population of a rare native orchid east of Jerilderie has been protected from grazing stock.

Located on a travelling stock reserve near Urana, the stand of at least 250 endangered Oaklands donkey orchids (Diuris caillitrophilla) is now surrounded by a stock-proof fence, thanks to work by Murray Local Land Services and Parklands Albury Wodonga.

“This is a rare and precious discovery on a reserve that is regularly used to graze travelling stock, so it was important that we acted to protect the population,” said Murray Local Land Services Wild Orchid Project Officer, Natasha Lappin.

“We believe there are fewer than 1,000 Oaklands donkey orchid left in the wild, so to discover this many in a single stand is really exciting.” Ms Lappin said the site was only the fourth known population of the flower, which is only found in open, grassy, white cypress woodlands on light soils between Urana and Oaklands.

“Geoff Robertson, Senior Threatened Species Officer, DPIE and I discovered a single flower on the reserve in 2017 while looking for potential orchid translocation sites, but due to the dry conditions in the following two years, no plants emerged,” she said.

“Then in November 2020 we found this stand of flowering plants, with similar numbers recorded at the site this year.”

“With the way this reserve is used by grazing stock, we realised we needed to protect the orchid, particularly when it’s flowering and seed setting, such as at this time of year,” he said.

“This is a great example of the enormous value of travelling stock reserves as both a resource for graziers and a haven for native flora and fauna. When managed well and used appropriately by graziers and the public alike, they can fulfil both roles.”

Described as “stunning”, Oaklands donkey orchids have multiple white, mauve or purple flowers on a single stem. The flowers are slightly fragrant, and the flowering stem can reach as high as 50 cm. Flowering occurs in November, and pollination occurs via food deception, with native blue-banded bees (Amegilla sp.) attracted to the flowers because of their superficial resemblance to other nearby plants (such as chocolate lilies) that provide nectar and pollen.

There are several activities you can do to help wild orchids and their habitat, including: