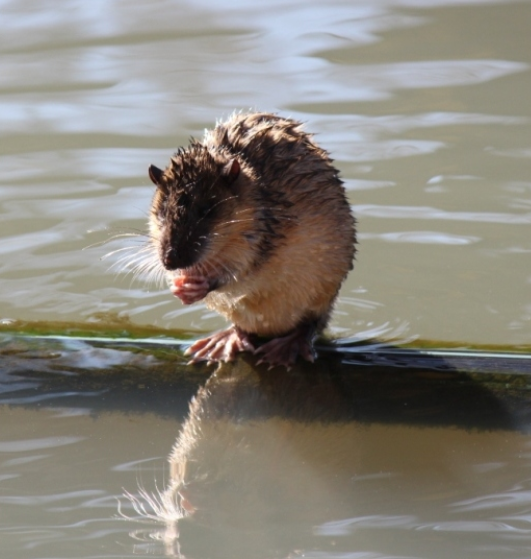 Once known by the name ‘water rat’, rakali are fascinating creatures often described as ‘Australia’s otter’ and are commonly seen in urban town lakes. The Aboriginal name ‘rakali’ became more widely used in the 1990s to distinguish them from pest rodents and to recognise the name used by the Ngarrindjeri Aboriginal people of the Lower Murray and Coorong.

Within the Murray region, rakali can be spotted in urban and peri-urban wetlands and waterways. The pictures here show rakali in the Deniliquin lagoons, where they are often seen swimming during the day.

Rakali can be easily identified by their white-tipped tail and large size, weighing up to 1.3 kg (about the size of an adult platypus). They have several otter-like features, allowing them to inhabit aquatic ecosystems, including webbed feet for swimming and burrowing, a thick tail that acts as a rudder, and water-repellent fur. Their diet includes insects, frogs and fish, and the remains of their meals can sometimes be found at favoured feeding spots such as on logs or rocks.

Rakali are widespread across mainland Australia and Tasmania, occupying wetlands, rivers, creeks, irrigation channels, ponds and lakes where the banks are densely covered with grass, shrubs or rocks. This Rakali guide explains the importance of healthy fringing vegetation and river/lake banks to their survival.

They are very territorial, making their homes in hollow logs or burrows, and have been known to share the same burrow as platypus, though not at the same time.

Although they are relatively common, threats to rakali include:

Sightings of rakali can be reported to the Australian Platypus and Rakali Conservancy using this link. This information helps improve our understanding of rakali distribution, abundance and conservation. 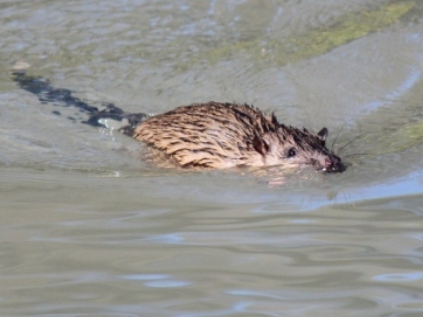 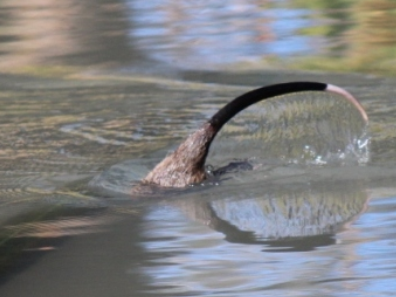 ABOVE: Rakali can be seen swimming in the Deniliquin lagoons during the day. When they dive or run along the bank, it is easy to see a distinctive white tip on the tail. Photos: John Conallin

Sam's here to support landholders to manage paddocks for plains-wanderers