The crossing consists of a rope and cable 'ladder' suspended above the road and linking to nearby trees.

“The results were above anything we could have hoped for with 1,364 records of native wildlife using the crossing in the four months between June and September this year, with animals recorded using it almost every single night,” he said.

“The most frequent visitors are a local population of Sugar Gliders, who are using the crossing to travel from Surveyors Creek into Mulgoa Nature Reserve.

“Sugar Gliders are uncommon and declining in Western Sydney. The Glenmore Park crossing now safely links the populations between these two reserves and helps protect them.

“To our surprise we also saw a lot of birds using the ladder. While most birds just rested on it as a convenient perch, we also recorded ducks and magpies walking across to get from one side of the road to the other - it's safer than walking on the ground and helps them conserve energy for flying,” he said.

“This ladder will assist small tree top mammals during their night-time forages from the Mulgoa Nature Reserve to the Surveyors Creek bushland reserves,” said Cr McKeown.

“When tree top species like possums and gliders are forced to come to ground to travel, they are immediately vulnerable to predators and vehicles as their safe haven is up high in the canopy of the Cumberland Plain Woodland.

“The wildlife ladder will protect our valuable wildlife and ensure that Penrith remains a safe home for these animals,” she said.

Mr Ridgeway said Western Sydney's bushland, the Cumberland Plain Woodland, is among the most fragmented ecosystems in Australia.

“Today, even 'common' wildlife species find it hard to survive as roads and suburbs isolate their home, so it’s great to see there is real value in these sorts of initiatives,” he said.

“We're looking into the feasibility of additional wildlife crossings in the region. Wildlife ladders only work for lightweight arboreal animals, so we're considering dry tunnels under roads which larger animals like koalas and ground-dwelling animals like the echidna can use as well.

“We're also looking at ways we can reduce light pollution from streetlights to help our night-time wildlife,” he said.

Mulgoa Valley Landcare president Lisa Harrold said the group was thrilled the crossing was being used by our wildlife and providing safe access between bushland patches.

“Fauna crossings are proving positive results and more should be retro-fitted into existing suburbs in the region. They should also be mandatory inclusions for developments to ensure safer connections for our vanishing wildlife.

“We hope that future development is done better, and these simple inclusions will make a big difference,” she said.

Efforts to restore habitat for the critically endangered Grevillea caleyi is bearing fruit with a substantial number of new seedli... 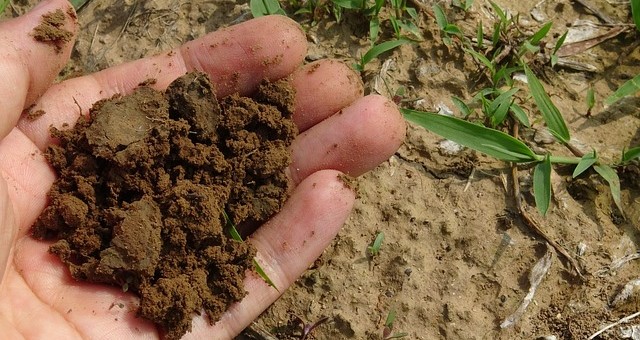 Local Land Services and Young Farmers Connect invite you to join a soil pit workshop to learn more about the soils on yo... Members of our Riverbank Rehabilitation Project team are hosting pop up events to talk to flood impacted rural landholde...

Who's Down Under - Soil and Biology Management Workshop