Deer in the North West

Feral deer impact landholders in the North West region through grazing competition, damage to infrastructure, and are a potential disease reservoir.

In the North West region, Red Deer, Fallow Deer and Chital Deer are established species, with Sambar Deer and Rusa Deer identified as alert species to prevent their establishment. To align with the North West Regional Strategic Pest Animal Management Plan, North West Local Land Services is determining the extent of deer populations in the region. Recently, an aerial survey was conducted in the Narrabri and North Star areas to monitor the density and distribution of deer species.

The data captured during this survey builds on information gathered from surveys conducted over the last two years to build a good picture of the problem. The survey sites were selected as a result of information provided by stakeholders on the known areas of deer populations, with staff using this information to determine the extent to which the populations have spread. Ideal seasonal conditions over the past 12 months has decreased the pressure of deer on grazing and farm land, however increased pressure on conservation areas such as National Parks and State Forests. 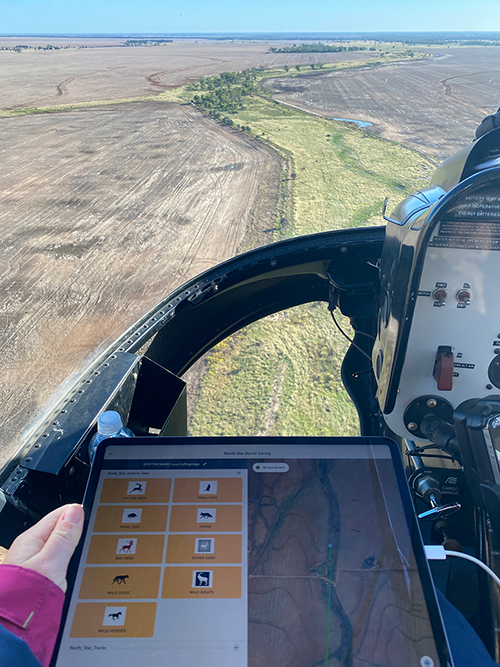 Picture taken during the Aerial Survey, showing the improved seasonal conditions which are perfect for pest animal population explosion

This shift in deer location can be directly attributed to the availability of food and water sources, with deer favouring areas with less human interference. If landholders would like more information on deer management or deer control options in the North West region, they can contact their local Biosecurity Officer on 1300 795 299.

With a positive season and high livestock values upon us, landholders are being urged more than ever to engage in a strategic wild...

10 Jun 2021
How controlling feral pigs can save you money

While it has previously been estimated that feral pigs cause approximately $14 million worth of damage to crops and pastures per a...

For 2021 North West Local Land Services is offering two face-to-face training courses in Narrabri, which are free for la...

For 2021 North West Local Land Services is offering two face-to-face training courses in Moree, which are free for landh...

For 2021 North West Local Land Services is offering two face-to-face training courses in Gunnedah, which are free for la...