A recent weekend monitoring blitz of travelling stock reserves (TSRs) in the Murray region has been hailed a successful awareness-raising initiative about lawful use of the reserves.

TSRs are parcels of remnant bushland that are used as stopover points by stock drovers and for public recreation activities such as bushwalking and fishing.

“These reserves are there for public use, but there are certain activities, such as camping, motorbike riding and firewood collection, which are not permitted,” said Murray Local Land Services TSR Team Leader, Peter O’Shannassy.

“We’ve had reports of people carrying out these types of activities on the reserves, hence our compliance monitoring on the weekend.”

In all, two teams visited 33 TSRs in an area bounded by Albury, Tocumwal, Coreen and Culcairn, issuing compliance warnings and infringement notices to those breaching usage rules.

At one reserve there were eight separate campsites, some set up under a ‘No camping’ sign.

“We were looking at the exercise being about education rather than ‘catching people out’, and although we issued plenty of warnings, most people were cooperative,” Mr O’Shannassy said.

“In a few instances, where clear breaches had occurred but individuals were aggressive and less cooperative, the police issued penalties.”

Mr O’Shannassy said the collaborative approach to the exercise had been critical to its success.

“We have a responsibility to maintain these important reserves for the public and for their environmental value, so if this sort of exercise can encourage people to do the right thing, then that’s what we’ll do,” he said.

Besides camping, other breaches included several police matters, including the keeping of unregistered dogs and vehicular breaches.

One individual was penalised for doing ‘burnouts’ on the TSR and having defective tyres, while another was found to have breached COVID-19 permit conditions.

Livestock transport vehicles were also targeted, and one infringement notice was issued for not possessing an accurate transported stock statement.

Rural Crime Investigator Detective Senior Constable Scott Barton said the exercise had demonstrated that authorities were collaborating to actively monitor the reserves and roads of the area, adding that similar compliance monitoring was planned in coming months.

With the closure of camping grounds and parks around NSW due to COVID-19, Local Land Services is reminding people not to camp on t...

Murray Local Land Services will restrict stock access to some travelling stock reserves in the region due to the continuing dry co... 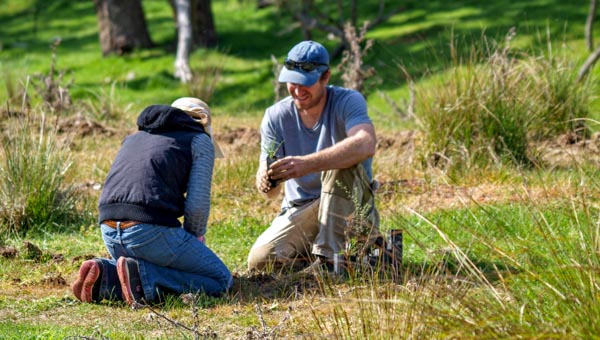