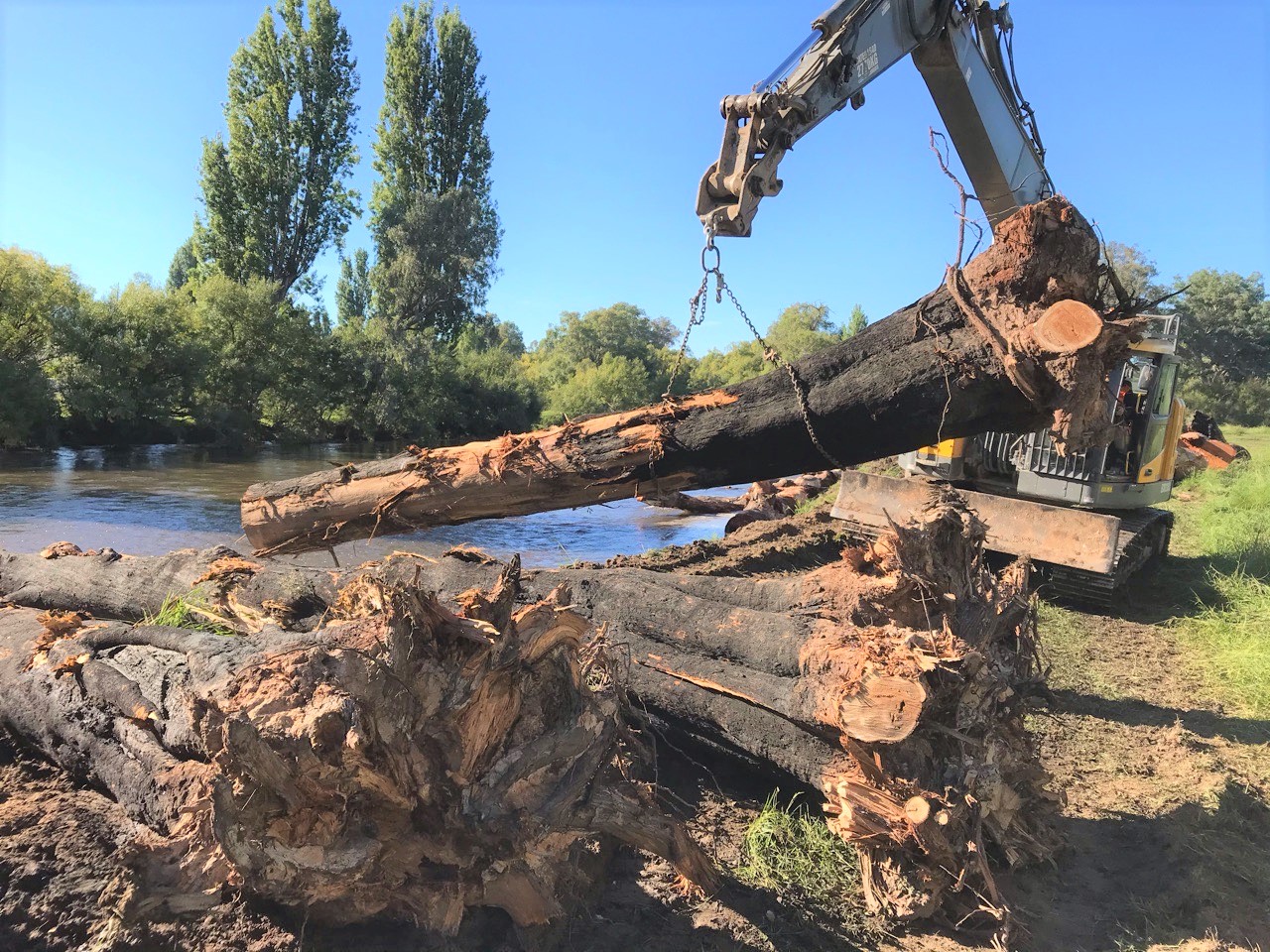 Timber from bushfire-affected trees along Upper Murray roadsides has been used to control erosion and improve the habitat of the endangered trout cod near Towong.

Agencies from both sides of the border have collaborated on the project, which has resulted in dozens of large logs converted into river ‘snags’ at the Lighthouse Crossing Reserve. The logs provide shelter, food and breeding locations for fish and other aquatic animals.

Once plentiful in the Murray-Darling Basin, trout cod now have a very restricted to range, including a small population in the Upper Murray.

The habitat restoration project was initiated by Murray Local Land Services through funding from the Australian Government’s bushfire recovery package for wildlife and their habitat.

The works were undertaken by the NSW Soil Conservation Service, a division of Local Land Services, and have been carried out in conjunction with Parks Victoria, using logs donated by Regional Roads Victoria.

More than 65 large bushfire-affected trees were removed from roadsides in the Towong Shire after they were deemed unsafe to remain in place.

Soil Conservation Service Manager of Tumut and Upper Murray River Works, Shanthan Pathmanathan, said the habitat restoration project was an ideal use for the removed trees.

“The improved aquatic populations that result from re-snagging areas of the river in turn benefit other species in the ecosystem, including birds, which feed on them,” he said.

“Snags were previously removed from rivers for boating purposes, to protect property and enhance water flow, but research has now shown that this approach impairs river stability, degrades river health and contributes to the decline of freshwater fish populations.” Mr Pathmanathan said the re-snagging is designed to prevent continued erosion and to create an aquatic habitat, with the timber secured safely and positioned in a way that does not interfere with the river channel.

“Research of re-snagged sites elsewhere has shown a three-fold increase in numbers of Murray cod and a doubling of golden perch,” he said.

It is hoped that this project has a similar effect on the trout cod.

“However, due to a range of stressors, their range is now restricted to only a few small pockets, including a small population in the Upper Murray and they are listed as endangered under the Australian Commonwealth’s Environment Protection and Biodiversity Conservation Act,” he said.

“This project demonstrated the power of collaboration among agencies to achieve outcomes that have multiple benefits, including road safety, native fish habitat and river bank stability.

“The fires in the Upper Murray over summer have impacted the water quality and increased sediment input into the river. These important habitat restoration works will help offset the impact of the fires on the trout cod and other aquatic organisms.”

Murray Local Land Services will embark on an extended project to enhance the internationally recognised Ramsar wetlands in the cen...