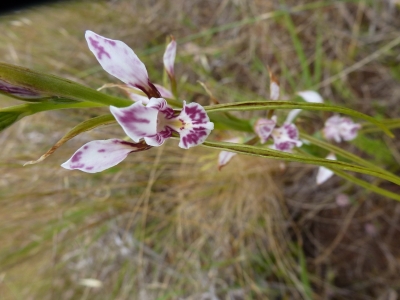 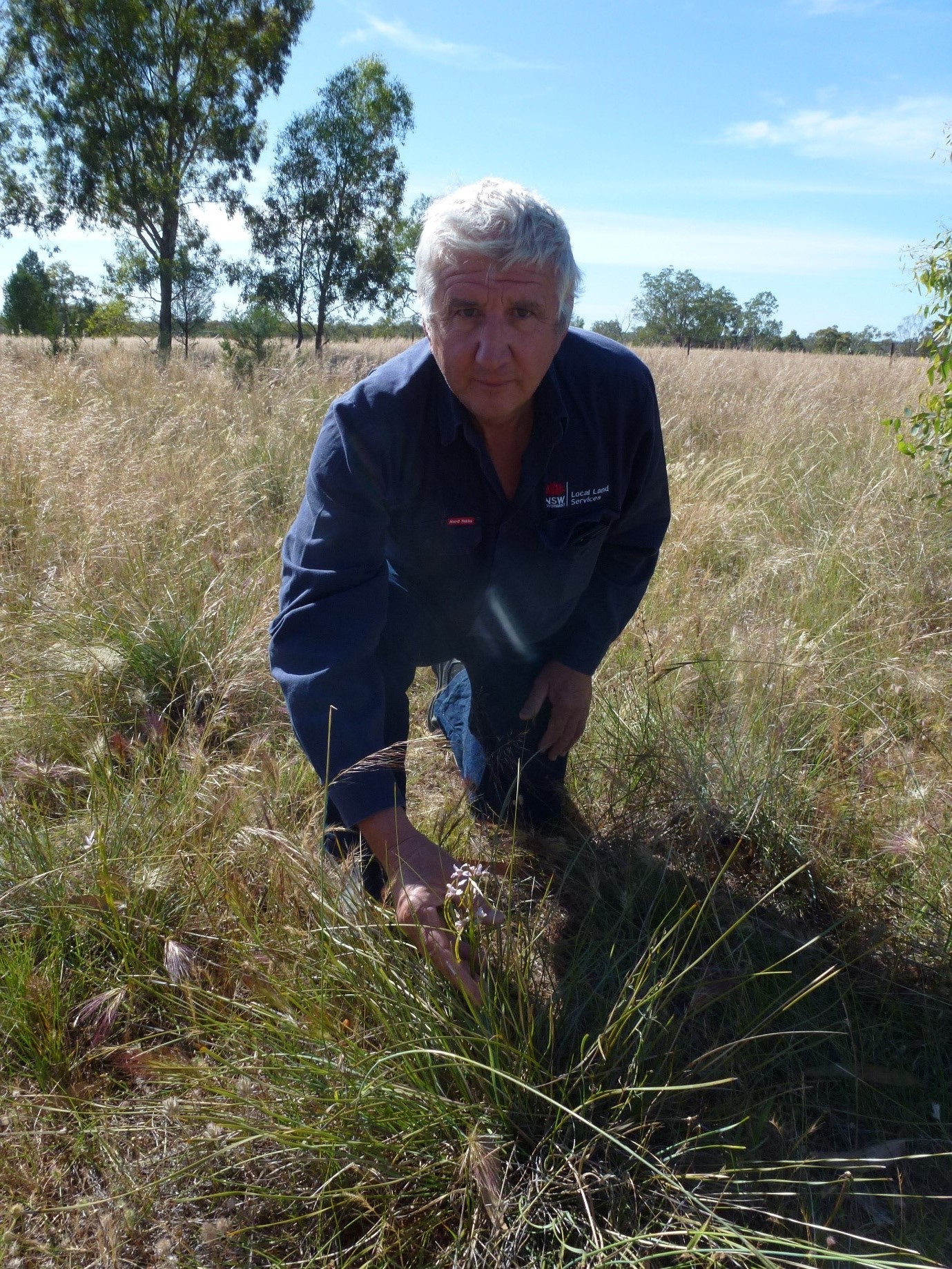 A recently discovered population of the Oaklands Donkey orchid (Diuris callitrophilla) has been protected from grazing stock at a TSR near Urana.

The Oaklands diuris or Oaklands donkey orchid is listed as Endangered in NSW. Fewer than 1,000 plants are believed to exist in the wild.

“Geoff Robertson, Senior Threatened Species Officer, DPIE and I discovered a single flowering orchid on the TSR in 2017, whilst looking for potential orchid translocations sites for the Wild Orchid Project. However, due to the dry conditions, no plants emerged in 2018 and 2019,” said Natasha Lappin, Murray LLS Wild Orchids Project Officer.

“In November 2020, we found at least 250 flowering plants at the site, and similar numbers were recorded at the site this season.”

This site is the fourth known population of the orchid, which is only found in open grassy white cypress pine woodlands on light sandy soils between Urana and Oaklands.

Oaklands Donkey orchids are stunning with multiple white, mauve or purple flowers on a single stem. The flowers are slightly fragrant, and the flowering stem can reach as high as 50 cm. Flowering occurs in November, and pollination occurs via food deception, with native blue-banded bees (Amegilla sp.) attracted to the flowers because of their superficial resemblance to other nearby plants (such as chocolate lilies) that provide nectar and pollen.

“The discovery of the fourth known population of the endangered orchids on the TSR was significant. The reserve regularly receives grazing stock, and we realised we needed to protect the orchid from stock mainly when the orchid is flowering,“ explained Roger Harris, TSR Ranger.

This population has now been protected from grazing stock by fencing installed by Parklands Albury Wodonga to protect the orchid during flowering and seed setting from October to December.

Activities to help wild orchids and their habitat include: