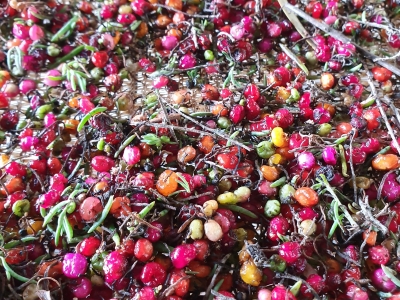 Murray Seed Services undertook an audit of Seed Production Areas (SPAs) across Australia on behalf of Greening Australia earlier this year as part of the Australian Government’s bushfire recovery program. This work aimed to better understand the capacity of SPAs to provide native seed for restoration activities and investigate how SPAs might best be supported and developed into the future.

Seed Production Areas are a critical component in native restoration, reducing the need for wild-harvested seed, which can be over-harvested, unreliable, and limited in species availability and genetic variability.

The survey found that SPAs produce approximately five and a half tonnes of seed per year, primarily used for ‘in-house’ restoration projects. The critical areas for improvement identified included:

The report made 12 recommendations, including the development of a system to predict future demands and match these with supply; facilitation of knowledge-sharing among SPA managers; and development of a certification system for the supply of native seed and its use in restoration projects.

The full report can be found here.

Murray Seed Services have been establishing and maintaining SPAs over the last 20 years, contributing a large proportion of native seed for restoration projects within the Murray and surrounding regions. For more information about Murray Seed Services or Seed Production Areas, get in touch with Natasha Lappin 0429 827 471 or email natasha.lappin@lls.nsw.gov.au Project Phoenix is supported by the Australian Government’s Wildlife and Habitat Bushfire Recovery program and coordinated by Greening Australia.