Around 700 Small Purple-Pea (Swainsona recta) seedlings have been translocated across the Central West and Central Tablelands region to bolster existing populations as a pinnacle part of a five-year project to save this endangered species.

Local Land Services and the Australian National Botanic Gardens have teamed up to deliver a project to help the Small Purple-Pea. Over the past two years, Small Purple-Pea seed has been collected under licence from various sites across the Central West and Central Tablelands.

The seeds were lovingly grown into seedlings by the Australian National Botanic Gardens in Canberra and have now been taken back home and planted into Wiradjuri country around Mudgee and Wellington.

Leonie Coleman, Senior Land Services Officer with Local Land Services said this is a pinnacle moment of the project that started in a drought with limited sign of the Small Purple-Pea.

“With the breaking of the drought new populations have emerged and been identified through Local Land Services project monitoring and public awareness campaigns,” Ms Coleman said.

Scientists have found that when populations of small purple pea are too small in number, the viability of the seed to germinate decreases – so less equals less.

By adding plants to existing populations, it is hoped that the genetic diversity of each population will increase, and the germination viability of future seeds increases – so more equals more.

“With its beautiful purple flower you would think it would be hard to miss this small, show stopping plant, but while once widespread, this plant has had a tough time over the last 100 years,” Ms Coleman said.

“Unfortunately, it is eaten by livestock and native herbivores, is outcompeted by weeds and has lost habitat through growing urbanisation and agricultural developments.

“This has seen a sharp decline in populations which were once widely distributed across the western slopes of the Great Divide from north of Gulargambone down through the NSW central and southern tablelands to central Victoria.”

The Small Purple-Pea is a very attractive purple flowering legume that develops a long tap root. Its striking flower stem can be seen from early Spring through to early Summer before dying back mid-Summer and emerging again in Autumn.

The experience gained from this project will be used in similar projects aimed at improving the conservation of endangered native flora.

This project is supported by Central Tablelands and Central West Local Land Services, through funding from the Australian Government’s National Landcare Program.

Around 700 Small Purple-Pea (Swainsona recta) seedlings have been translocated across the Central West and Central Tablelands regi... 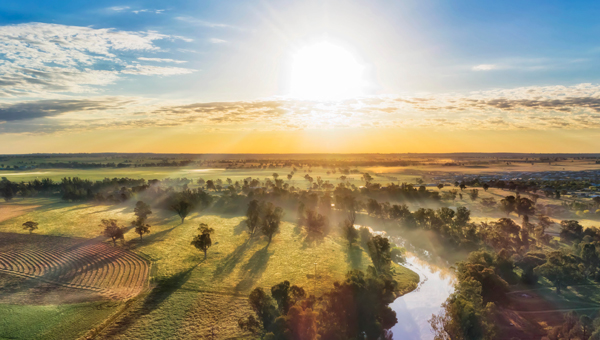