Barber’s pole worm continues to thrive in the central west resulting in substantial production losses and mortalities in the Nyngan and Coonamble districts. Animals with compromised immune systems are at the greatest risk of heavy burdens, especially weaners and those undergoing significant stressors including lambing for ewes and joining for rams. However, I have recently seen a case of dry/early pregnant ewes dying from barber’s pole worm around Armatree, highlighting how important it to monitor worm burdens closely. Worm testing representative mobs every 4-6 weeks and drenching based on worm egg count thresholds described in the wormboss drench decision guide is the safest way to manage worms on your property and mitigate the risk of drench resistance.

Consistent, effective worm management will help prevent extremely large worm burdens developing on pasture which can then be difficult to “clean up” for use during lambing and weaning. Given the mild summer we have had, which will have allowed increased larval survival on pasture, we are urging producers to consider techniques for reducing larval burdens in addition to paddock spelling (or using significantly elongated paddock spelling times) when preparing pastures for high risk mobs. Cropping, mixed or rotational grazing and smart grazing can all be used to decrease the number of larvae on pasture – details on how best to implement these tools can be found at the wormboss website.

Effective worm control relies on appropriate drench selection which in turn relies on knowing what species of worms you are dealing with and what drench resistance profiles are present on your property. Selecting a wormtest gold (with larval culture) is important as we have seen much higher black scour worm burdens in the district this summer than we have in recent years, likely reflecting the milder season. We are also urging producers to plan to conduct a drench resistance trial on their property with this year’s weaners. Central West district vets have 10 different drenches available for testing and will run the program with producers only having to pay for the wormtests. If you are interested, please contact your local district vet for more information.

Worms continue to be an issue around the Dubbo region. Larval cultures are continuing to show not only high barbers pole burdens but also high percentages of black scour worm, even in areas we commonly see barbers pole being the main issue. As such producers are encouraged to get a larval culture performed so they know what worms they are dealing with.

In the last two weeks we have run 12 animal health workshops discussing chemical resistance in flies and worms and how producers can manage that on their farm.

It is a good idea to continue to conduct your worm tests every 4-6 weeks while wet, mild weather persists. We are still seeing mixed Barber’s pole and Black scour worm infestations.

Drench testing results performed over the summer have generally indicated resistance to single actives such as abamectin, moxidectin, white drenches and closantel.  At the moment, we are recommending (in the absence of a drench trial that gives more specific drench selection to your property) to use a combination drench with at least 3 actives or one of the newer actives such as monepantel (Zolvix) or derquantel (Startect).  A worm egg count 10-14 days following drenching will indicate whether the drench was effective or not.

If you haven’t already, plan your lambing and weaning paddocks now and keep sheep and goats away from them until this time. Paddocks need at least 6 months to reduce the paddock worm burden by 95% and be considered ‘clean’ in most cases.

Worm burdens are affecting young sheep across the Forbes district, and larval cultures are showing that while barber's pole is present as expected, all worm populations are present and having a production effect. It is recommended that producers run WormTests on all young mobs of sheep to establish what level of burden is currently present, and determine whether a drench is necessary. If a drench is required, make a careful choice on which product to use — use a highly effective drench product to remove all of the large burdens of worms, with the multi-active (combination drench) products an ideal choice. ​Conducting a DrenchTest afterward will also enable you to monitor efficacy of the chemicals used. Withholding periods and Export Slaughter Intervals of the products used will need to be considered for trade lambs.

WormTests should also be conducted before lambing starts for autumn lambing flocks.

Very few wormtests have been conducted in the Condobolin District recently but those that have been have shown a high worm burden when producers weren't expecting it. This emphasises the fact of how important wormtests are. Even though the sheep may look fine it is important to conduct a wormtest to ensure that worm burdens are not creeping up.

Late pregnancy and lambing results in lowered immune system of ewes and hence a heavier worm burden can result. This is why monitoring ewes pre-lambing and giving a pre-lambing drench when necessary is essential.

With the humidity and warm weather, it is once again prime flystrike season. When conditions are optimal and susceptible sheep are...

A new podcast launched today by Central West Local Land Services is set to give the region’s primary producers insight into ... 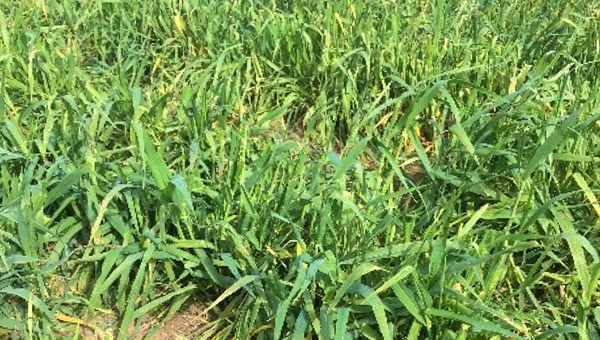