The ewe breeding cycle and the 'ram effect'

Generally, sheep are ‘short day’ breeders, meaning they tend to naturally cycle best as day length becomes shorter. Different breeds vary in their seasonality, with British breeds such as the Border Leister and their crosses being much more seasonal the Merino or Dorset. 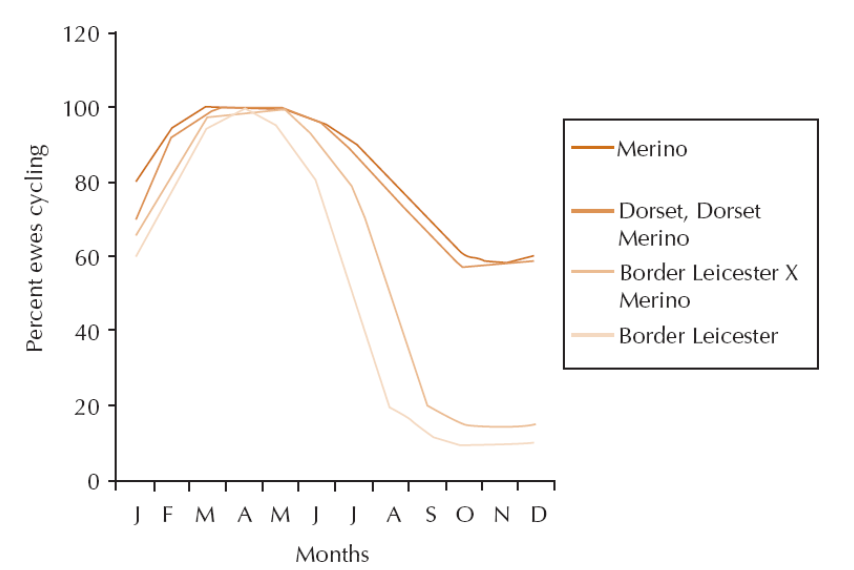 By the end of January, most ewes are cycling spontaneously every 17 days and a joining period of two cycles or five weeks is recommended.

The challenge lies in joining between now and February, particularly in British breeds and their crosses, during which time there is a lower percentage of ewes naturally cycling. So, how can we improve joining outcomes during this period?

Complete isolation of ewes from rams before suddenly re-introducing rams will have the effect of stimulating ewes to begin cycling. For this to work successfully, ewes must not have any contact (sight, sound or smell) with rams for at least one month before joining commences. A distance of at least 1km from any ram (including neighbours’ rams) is recommended.

Either rams, testosterone-treated wethers (known as ‘teasers’), or vasectomised rams will produce the pheromones needed to achieve the ram effect.

Usually, the ewe’s initial stimulated cycle will be a ‘silent heat’. For this reason, it’s a good idea, if feasible, to use teaser wethers or vasectomised rams during those first 14 days. This prevents entire rams from becoming frustrated and injuring each other while waiting for the ewes to come into standing heat.

Example use of teasers for a natural mating program:

*It is important to note that testosterone-treated wethers cannot be sold – they much be slaughtered on farm or kept for teasing in subsequent years.

What are the main benefits of using the ‘ram effect’?

Aside from seasonality, other critical factors for a successful joining include: