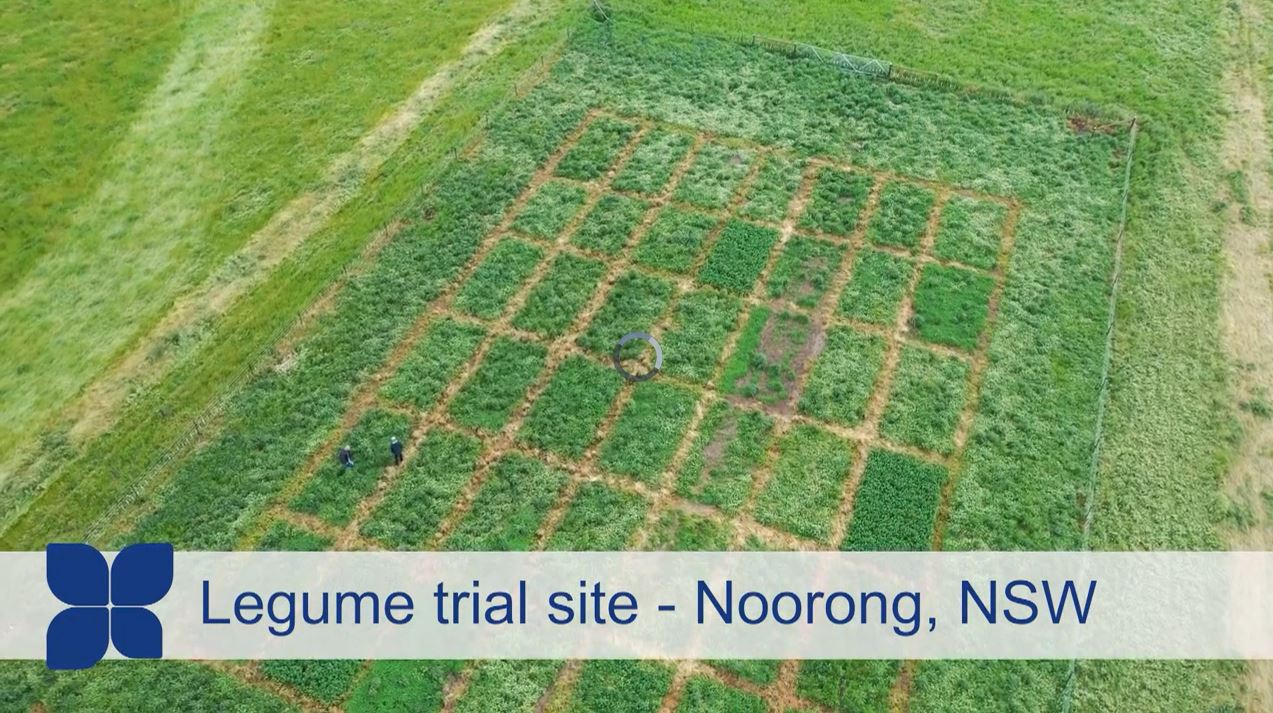 The second year of the irrigated pasture legume trials in the Murray Valley has given a clearer indication on the suitability of several species.  In this four-year project funded by the Australian Government’s National Landcare Program, we are wanting to determine both the productivity and persistence of species on the main soil types of the region.

There are five trial sites being operated across the region – at Noorong, Deniliquin, Caldwell, Logie Brae and Berrigan - each containing a variety of species

A summary of the main lessons to date are:

The following summarises the observations on the performance of several species included in the trials.  It does not include individual comments on their feed quality as testing indicated that all varieties had very high autumn feed values (i.e. high ME, high % protein, high digestibility).

Antas consistently produced higher autumn and spring growth than Trikkala at all sites.  It has a reputation for poor regeneration in the second year, but that has not been our experience. It gave the highest annual production in the second year of all varieties on both grey clay and red loam soils.

Arrowleaf consistently gave the highest spring production at all fully irrigated sites, substantially out producing all other species. The high spring production means it has a high annual production despite its very low autumn growth rates.

Longhaul is a longer season balansa that performed very well in the second year on both grey clay and red loam soils.  Autumn production was quite low in the first year but was substantially better in the second year, probably due to higher plant populations following the good seed set.

Biserrula performed well in the first year in both autumn and spring on loam soils.  It has a short, compact canopy which makes it more suitable to sheep than cattle. While it sets a substantial amount of seed, regeneration in the second year is very poor, probably due to the very high proportion of hard seed.  It will be interesting to see if it regenerates well in the third year.

Snail medic consistently gave the highest autumn production, but it is the species that is least tolerant of grazing.  In our trials, heavy gazing in the winter usually killed it out before it could set seed.  It was also the least palatable legume and sheep would only graze it when there were no other alternatives.

A new trial was established this year looking at the performance of some legume mixtures.  The aim is to match high autumn producing species with high spring producers to see if it improves annual pasture production.

Results from the first year are shown in the following graph.  This trial will be monitored for another three years to see how the mixtures perform. 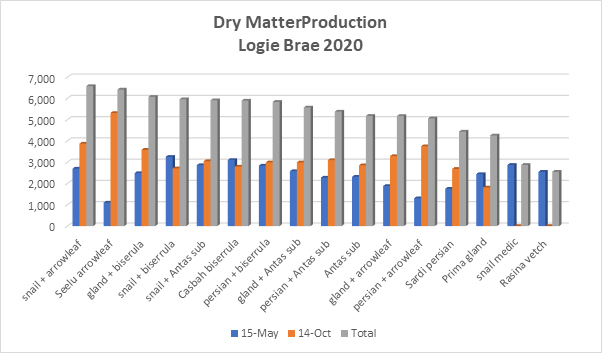 This project is supported by Murray Local Land Services through funding from the Australian Government’s National Landcare Program.