Local Land Services has been monitoring koala populations since 2016, after they found that very little surveying had been done on the tablelands compared to other parts of NSW.

While sniffer dogs have largely been used to find koala scats and log their distribution, this year Local Land Services is also using thermal drones to find out the density and concentration of koala populations.

“These other methods require more years of monitoring before scientists could be certain a trend was real and not just due to detection and natural variability,” Elsie said.

“Having the power to detect koala trends from one year to the next means we can react to a decline in numbers more quickly, as well as measure whether management actions to stop populations declining are working.

“The technology has also previously been used both to find injured and starving koalas to rescue after the bushfires”.

Like any other monitoring techniques, increased rain and flood has produced survey challenges as drones and thermal cameras can be affected by light rain and wind. The roads to sites where also frequently closed with saturated soils.

“Hats off to the USC researchers who’ve had to be incredibly flexible, coming down at short notice when a few weeks of sunshine were predicted,” said Elsie.

“The State and National Parks rangers have been great organising access while roads were destroyed”.

The researchers were also collecting fresh scats while doing thermal imaging, to gather data on koala genetics, levels of disease and population connectivity.

“We only realised there was a strong koala population around those sites a few years ago, so we’re trying to gather as much data about them as possible.”

While Local Land Services and USC Detection Dogs spend lots of time in the field, the Northern Tablelands is a big place, so it’s still vital for community members to report koalas and keep an eye on their health, so koala population trends can be monitored.

You can report koala sightings on the iNaturalist app and report sick koalas on 1300 094 737.

26 Jul 2021
Aerial baiting campaign touches down for another year

The annual Northern Tablelands aerial baiting campaign targeting wild dogs and foxes has come to an end after two weeks in the air...

The breeding season for birds of prey is underway on the Northern Tablelands with birds nesting and the first chicks hatching and ...

Northern Tablelands Local Land Services is hitting the road on a tour of local shows, with displays, advice and information to be ... Our District Vets and Biosecurity Officers invite you to come along to our salami making workshops where you will learn:...

Our District Vets and Biosecurity Officers invite you to come along to our salami making workshops where you will learn:... 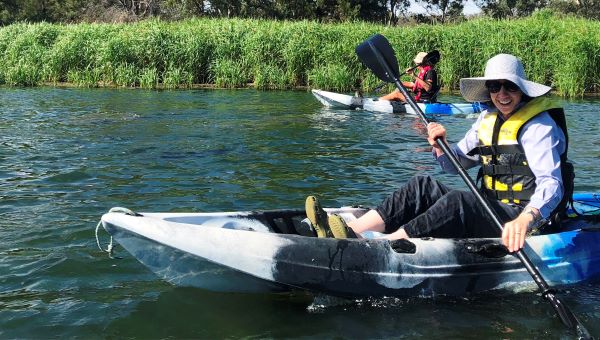 Come and join ecologist, Alex Dudley and Andrew Walsh and Ivan Lackay from Northern Tablelands Local Land Services on a ...

Northern Tablelands Local Land Services is committed to working with landholders and the community to invest in the ...

The Productive Producer podcast series is designed specifically for producers across the Northern Tablelands.All top...