As winter progresses and we ask more of our pastures to supply feed quality and quantity, we should start thinking about how much growth will occur and whether it will match livestock needs.

In winter, we see a low pasture growth rate on the Central Tablelands – often held back due to temperatures. 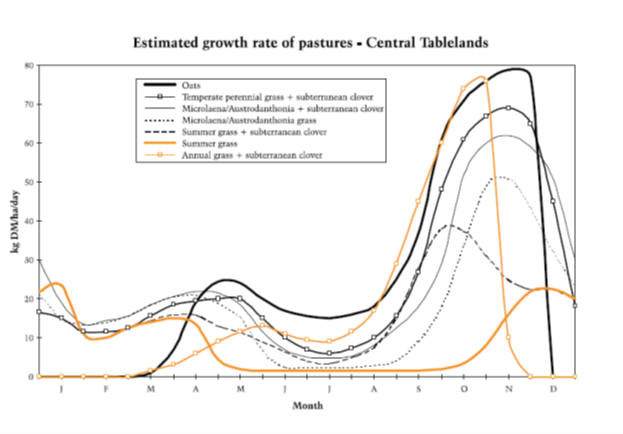 Current conditions on the tablelands

Table 1 shows the soil temperature range from several sites in our Central Tablelands soil probe network as recorded during the week of 9-15 July. These soil temperatures were recorded at 9.00am at 10cm depth. Note this week was a wet and cloudy week with a frost in some areas on the 15th.

BOM (under Agricultural Observations Bulletin for NSW - Latest 9 am Observations) also has soil temperature data for few sites (Bathurst, Mudgee and Orange) that is freely available.

You can also take your own soil temperatures. There are several varieties of handheld probes that are readily available. A project that we did over summer revealed that there are differences in aspect, slope, soil type and groundcover. Ideally, if using soil temperate as a basis of decision making measuring the same area at the same time is ideal.

Different pasture species have different temperature requirements. Consider the temperate grass species such as phalaris, fescues, ryegrasses, bromes and cocksfoots (also known as C3 or cool season species). These are all perennial pasture species that have the ability to grow during the winter months, albeit very slowly sometimes.

Observations in paddocks during winter on the Central Tablelands indicate that the ryegrasses and bromes (eg prairie grass) tend to grow in those colder soil temperatures. As temperature increases the cocksfoots, fescues and phalaris then start to move.

Temperatures for sowing most perennial temperate grasses is suggested to be above 10 degrees. Below this, establishment, persistence and performance may be comprised. Legumes can be sown around 5–10 degrees, but it is worth noting that they will be very slow and often lack vigour.

Cold and moist conditions also risk disease and pest problems, especially in newly sown pastures. ‘Damping off’, a disease(s) that is often present in these conditions. Large amounts of decaying biomass and damage from earth mites are other establishment issues that need to be checked regularly.

On the flip side, some temperate pastures can be affected by high temperatures. For example, ryegrasses are most productive in temperatures of less than 28 degrees. Optimum temperature for tillering is around 13–25 degrees (air temperature) and for growth, around 20 degrees. However, tillering is mainly influenced by light infiltration and fertility

Tropical grasses (also known as C4 or warm season species) can grow at higher temperatures. They are very good at converting moisture to herbage mass, also known as Water Use Efficiency (WUE). Summer forages such as millets should be sown after soil temperatures begin to warm, but are often sown at lower temperatures than sorghums, maize and cowpeas.

However, some species and crosses have been bred to go a little earlier.

There is also a range of temperatures and hence growth that our native summer grasses respond to as well.

As temperatures start to warm up, pasture growth is likely to occur. However, growth is then dependent on soil moisture, including a top up of soil moisture in spring.

Leaf area or residual herbage mass coming out of winter will also have an impact – ideally most temperate grasses need 900–1,200 kg green DM/ha at this time or 3–5cm in height.

Finally, soil fertility and an absence of weeds, pests and diseases will influence growth potential. One of the major issues this spring will likely be the amount of legumes in our pastures and the impact that will have on pasture quality, quantity and the growth of the grasses.

19 May 2022 | Central Tablelands
Are livestock producers ground cover obsessed at the expense of soil health?

Farm Biosecurity Planning and Livestock Traceability WorkshopThe best defence against pests and diseases is to implement... 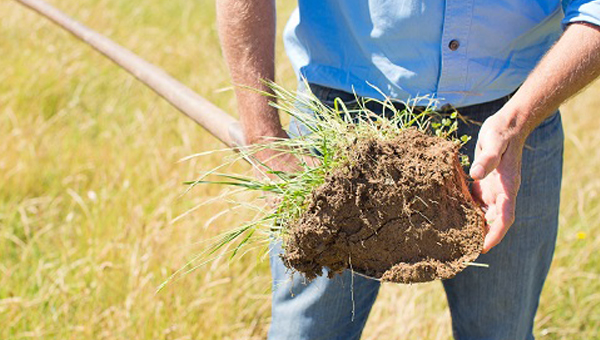