With feral pig numbers expected to increase this autumn as a result of improved conditions and recent rainfall, Central Tablelands Local Land Services will be trialling a new control method using sodium nitrite baits as a part of the Living on the Edge project.

“With so much feed around at the moment, it can be difficult to lure pigs into traps” said Senior Biosecurity Officer Mark Simpson.

Sodium nitrite is best known as a food preservation additive used in processed meats, and after being successfully trialled and approved in the US, and many years of local trials, it is approved for use for use on feral pigs in Australia.

The product has also been shown to break down quickly in the environment and leaves no toxic residues.

Controlling feral pigs remains a high priority in the Central Tablelands as they are known to cause significant damage to environmentally sensitive areas and farming enterprises. Additionally, they carry diseases including brucellosis and leptospirosis, both of which can affect humans.

While traditional techniques such as trapping, baiting and shooting continue to be reliable control options; incorporating new approaches such as sodium nitrite increases the number of options available to landholders.

Mr Simpson says that over the coming months, Central Tablelands Local Land Services will be working closely with landholders in Kanimbla, Hampton and Oberon to trial this new approach.

“If the trial proves a success, we will look to roll out this control method across the region” said Mark.

“As an added benefit, it can be used by landholders without requiring specific chemical or pesticide certification making the approach accessible to a wider variety of people.”

The Living on the Edge project is funded through the Australian Government’s National Landcare Program to help protect the Greater Blue Mountains World Heritage Area from the key threat of invasive species. 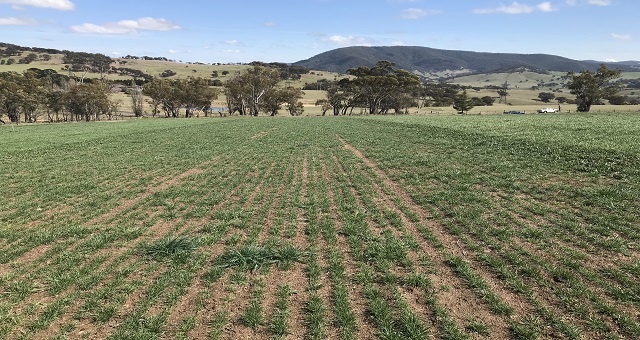 An opportunity for farmers to see technology being used by commercial farm businesses in the paddock. These farms are de...

Persons wanting to use 1080 and other bait products need to hold current chemical accreditation.Central Tablelands Local...